Add a magnet to the oil drain plug

The two speed driver of the lathe runs in an oil bath. Two plugs let to replace the oil when needed. We made two operations with them:

Th next picture shows lft to right the drain plug with the screwed magnet and its copper washer, the fill plug, a counterbored neodymium magnet and the special screwdriver made for the plugs. 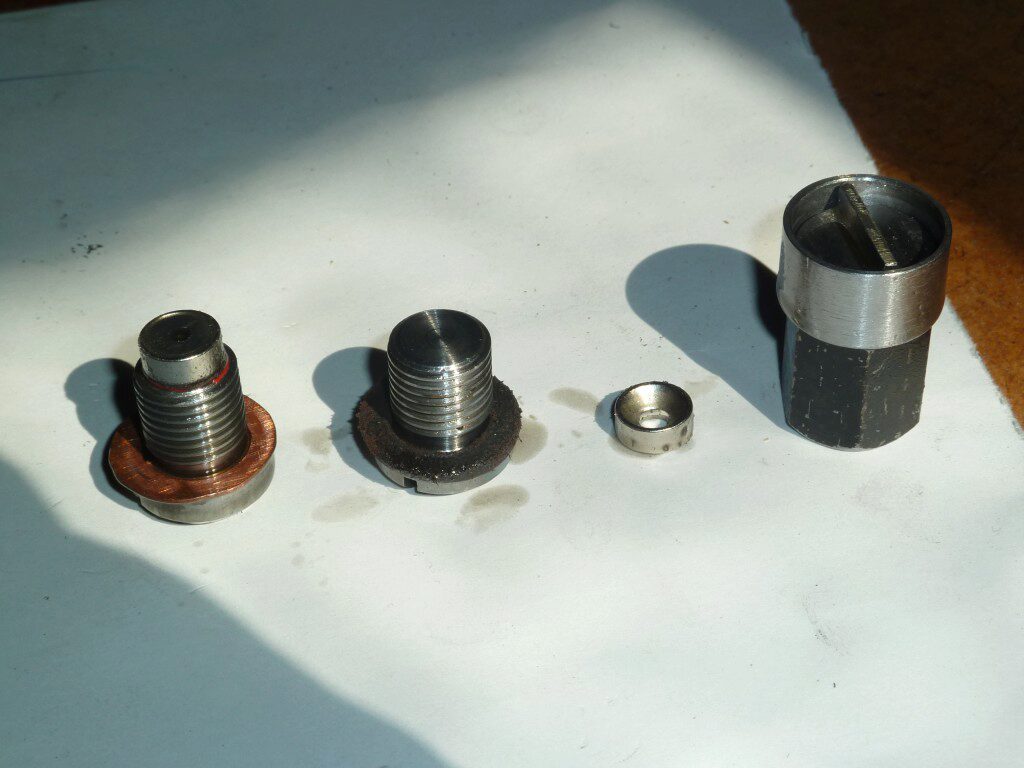