I have been a proud owner of an AP lathe (AP being the initials of the maker: Antoni Pujantell). This lathe is the first machine tool that arrived at home and, after many years of service, I sold it some days ago.

It arrived from a scrap dealer in a bad condition: some parts broken, absolutly rusty, geometry worn out because of the use. My father and myself together spend many hours to recover it. We repaired some broken parts, build some lost parts like the guide scrapers, cleaned and lackered the machine, etc. However, the really biggest effort was to adjust the main guides. This was done carefully by my father spending many many efforts. Unfortunately, digital photography didn’t exist yet and I don’t have significant recordings of all this task other that my father working on the lathe few months after being recovered: 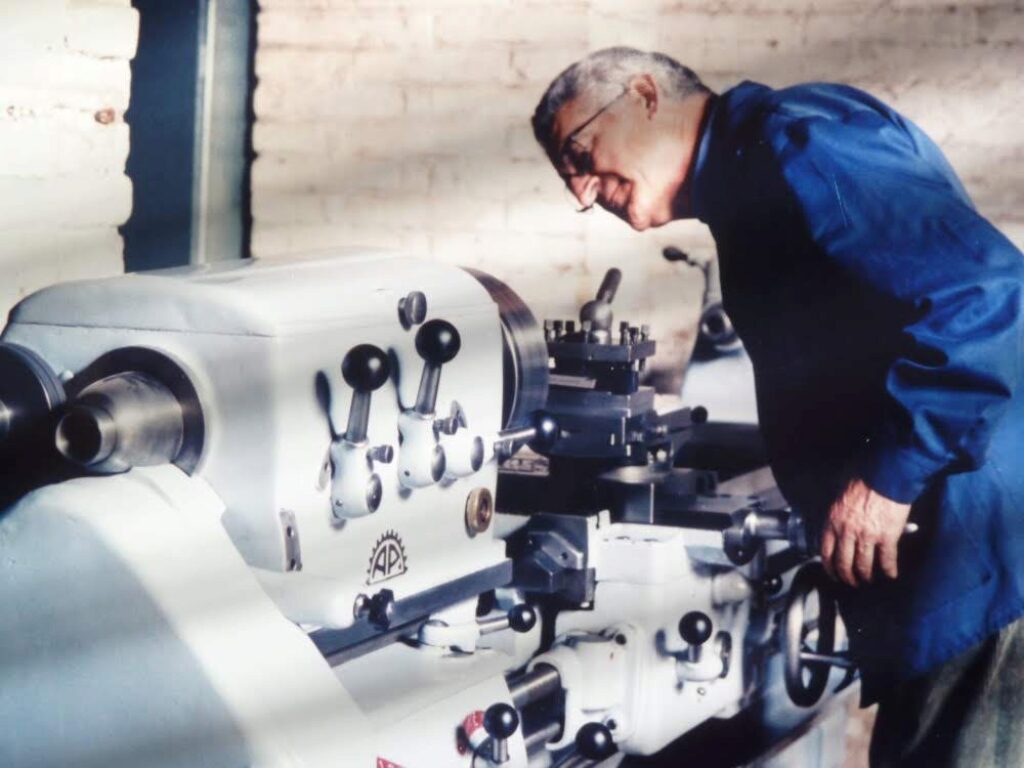 This post is a tribute to all this work we enjoyed so much.

The AP lathe is a production machine heavily built. Main dimensions are:

The spindle is driven by a gear train enclosed in the lathe headstock. Lubrication is provided by oil bath that also lubricates the spindle bearings. This is shown in the pictures below. 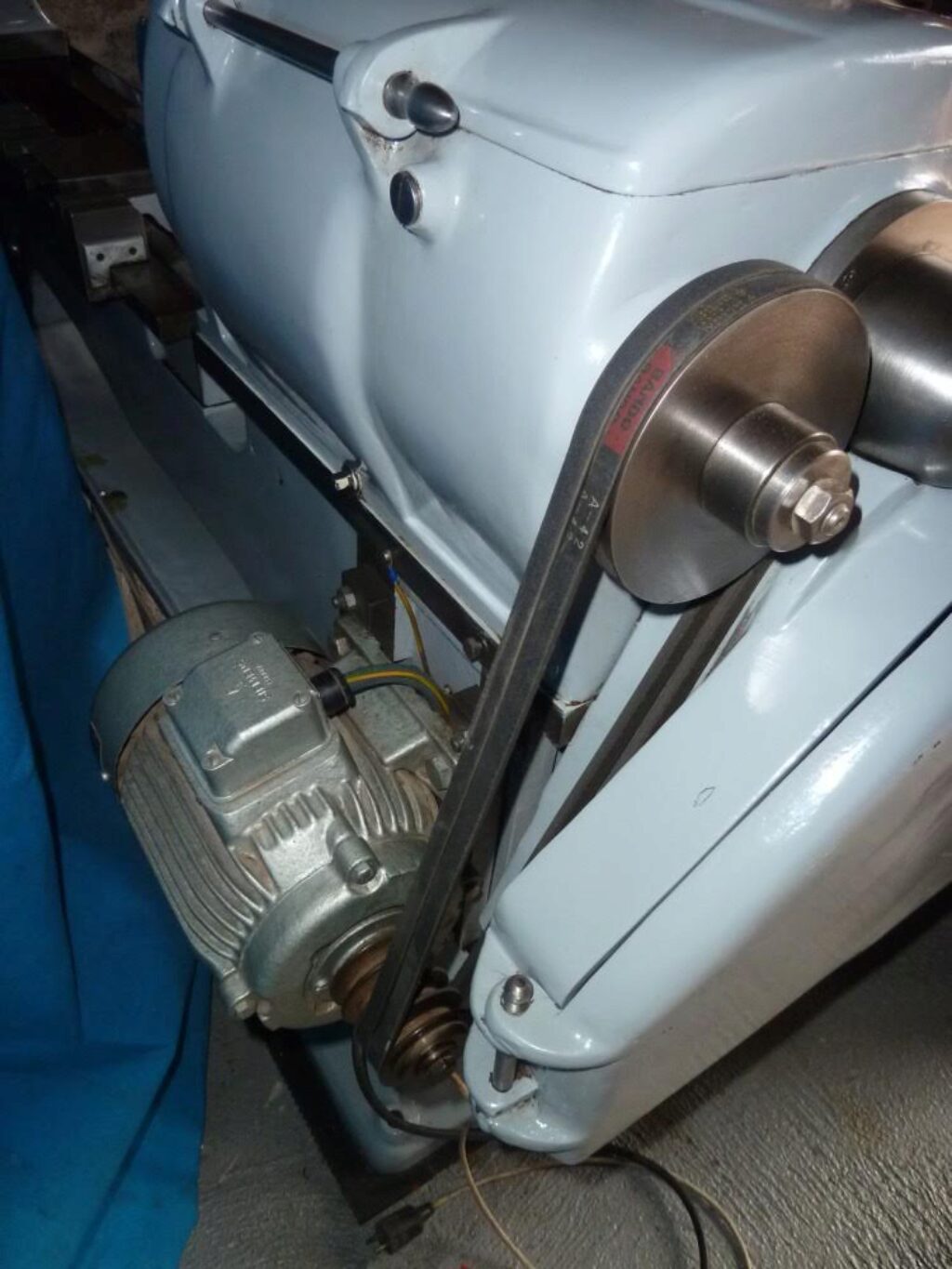 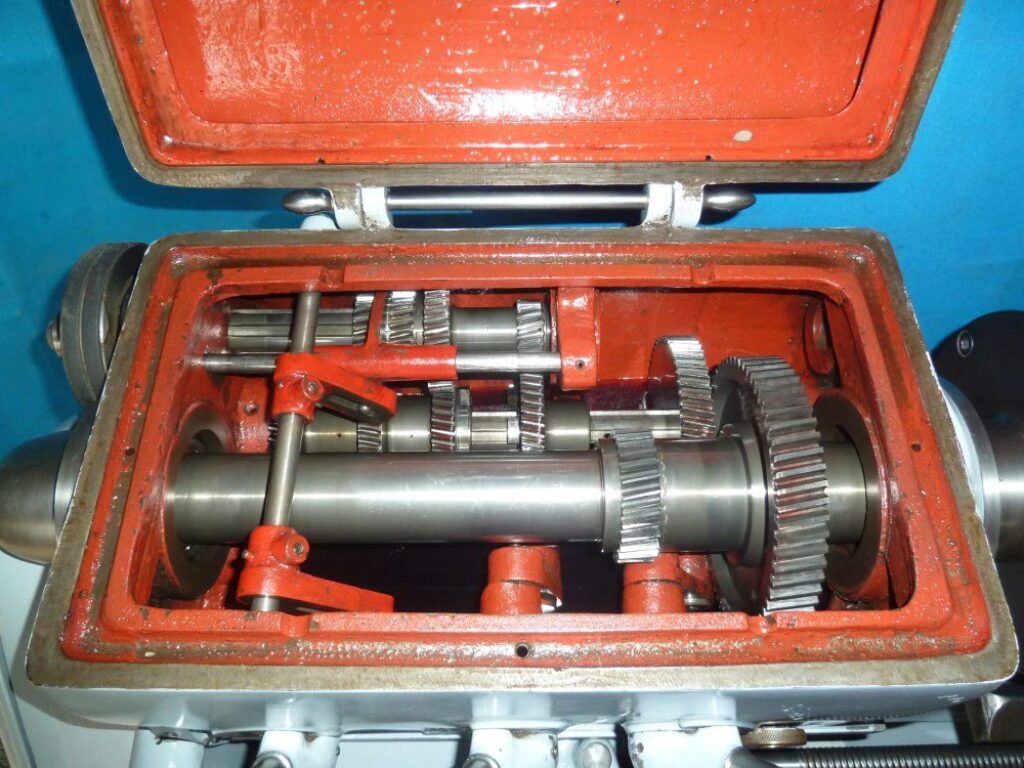 The spindle speed selection is done by a combination of three front levers giving a total of 12 speeds ranging from 28 to 1100 rpm. The plate showing the speeds was removed during the refurbishing due to its bad state. The best image we have after treatment is this one: 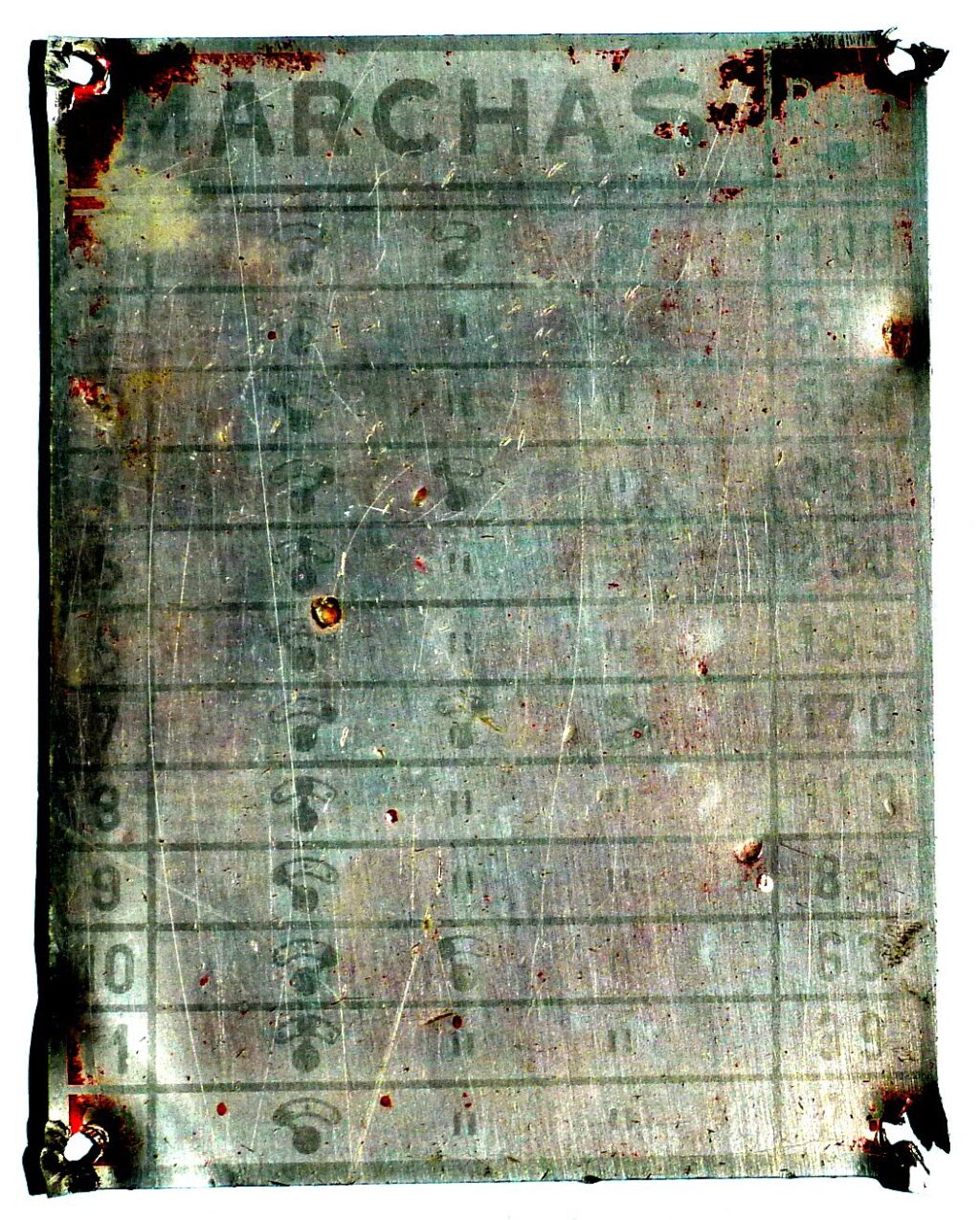 The lathe comes with a imperial leadscrew driven by a Norton box providing the following relations (the item number corresponds to the lever position):

In addition, a lever with three positions marked as A, B and C acts as a multiplier with the following factors A 1/2, B 1, C 2. Thus, the neutral position is achieved with the levers in position 1 and B. According to this, the original plate give these tables: 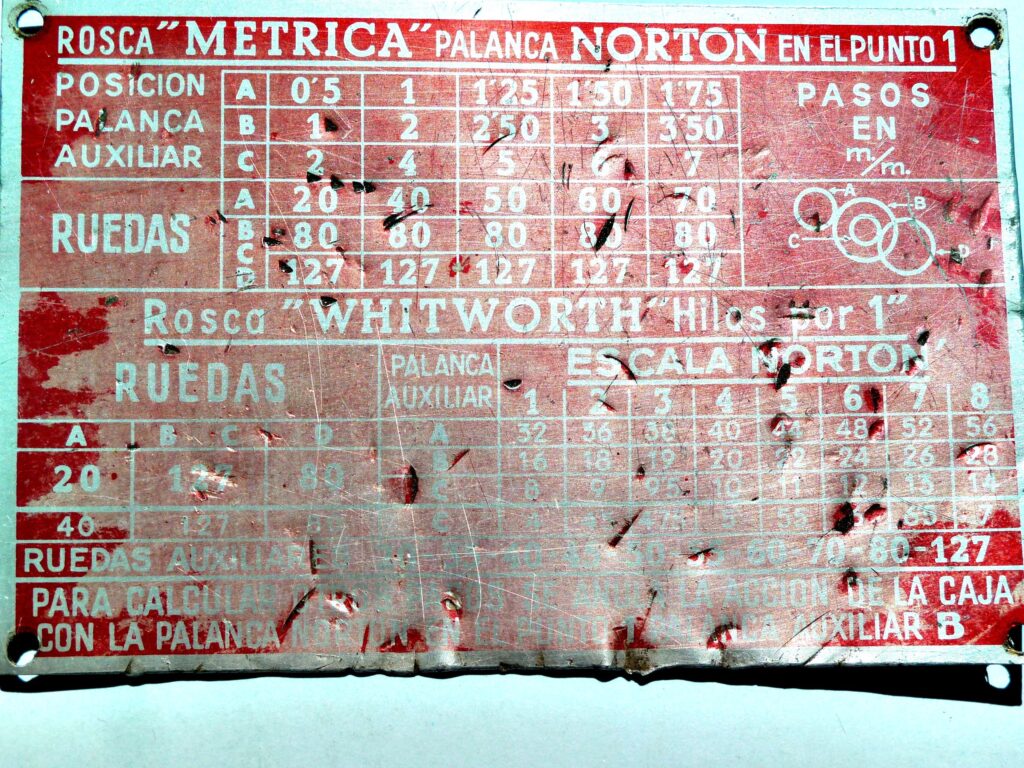 These are the pictures of the box: 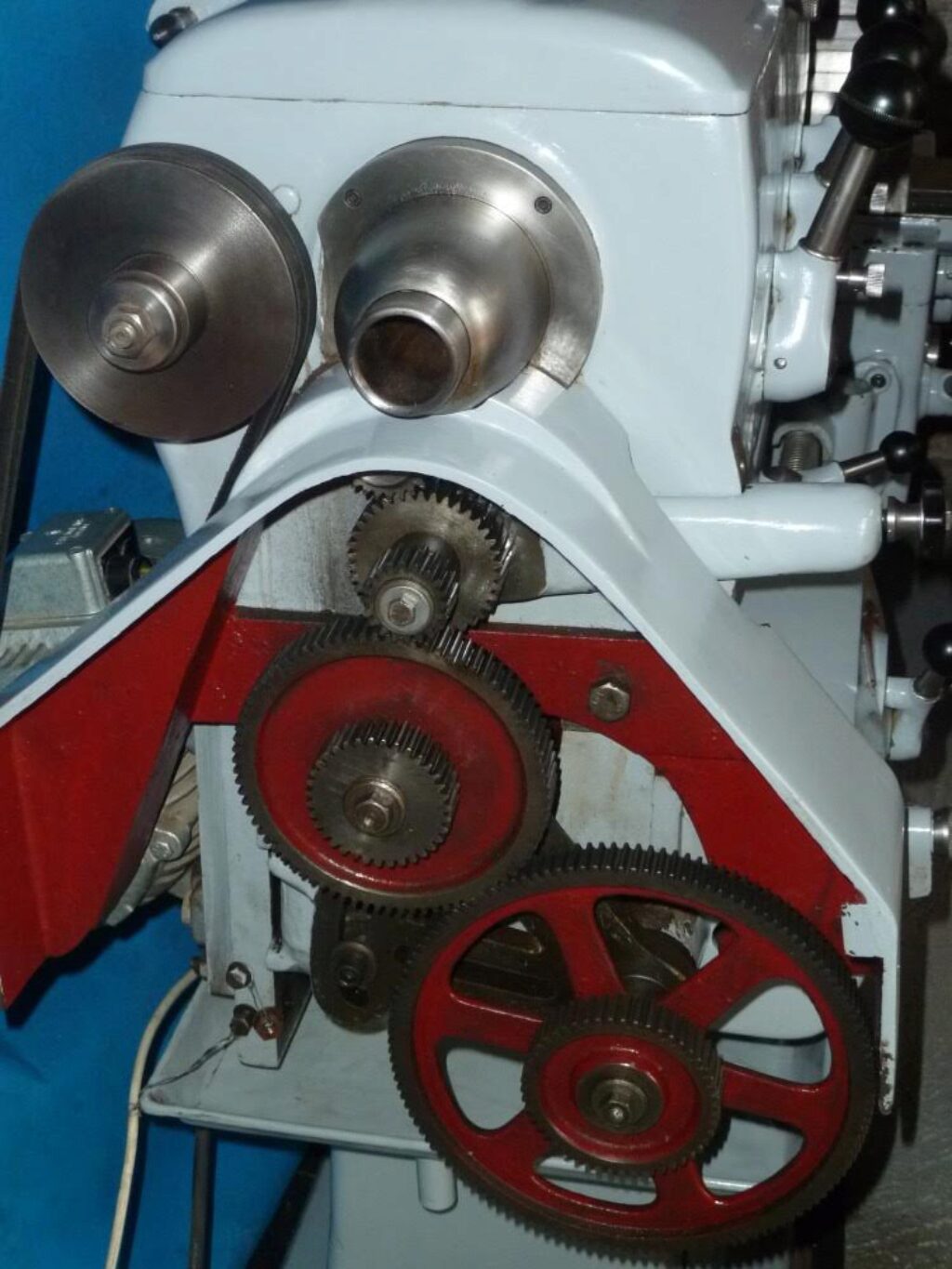 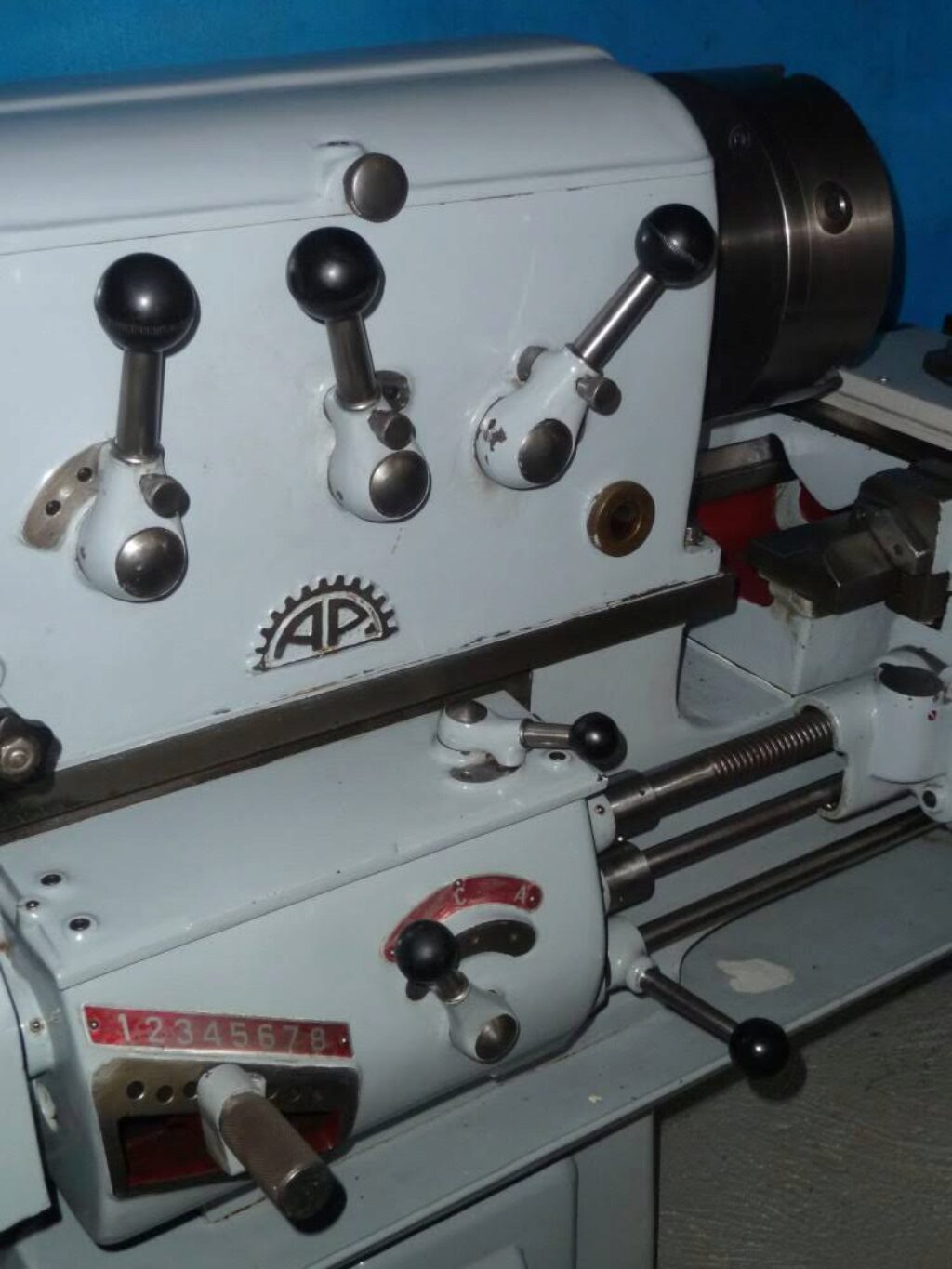 The third lever on the top of the box switches on/off the feed rod and the leadscrew. 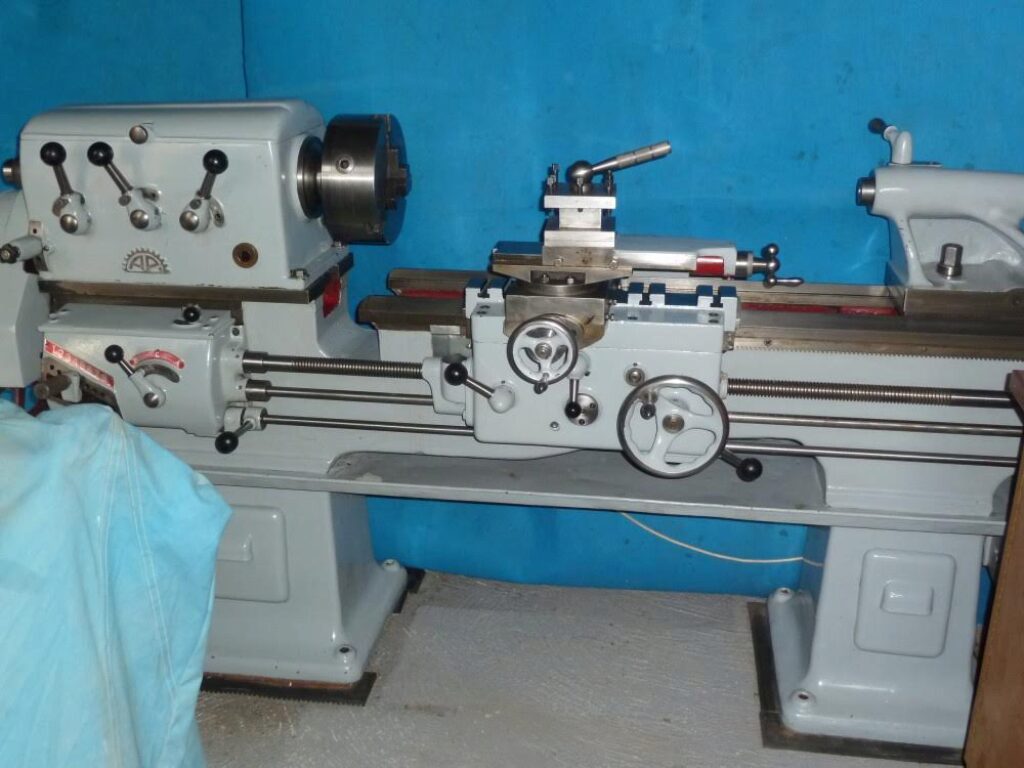 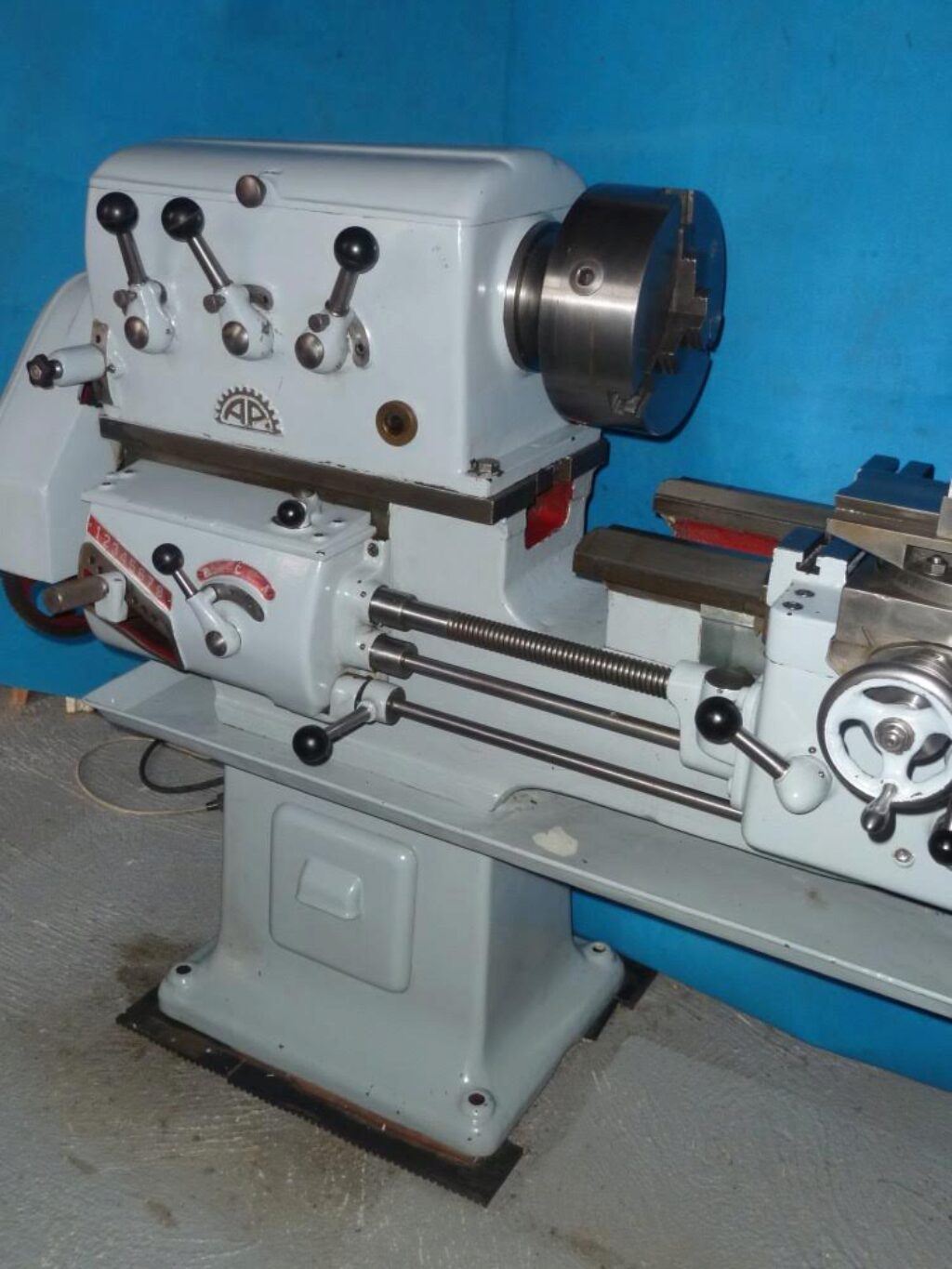 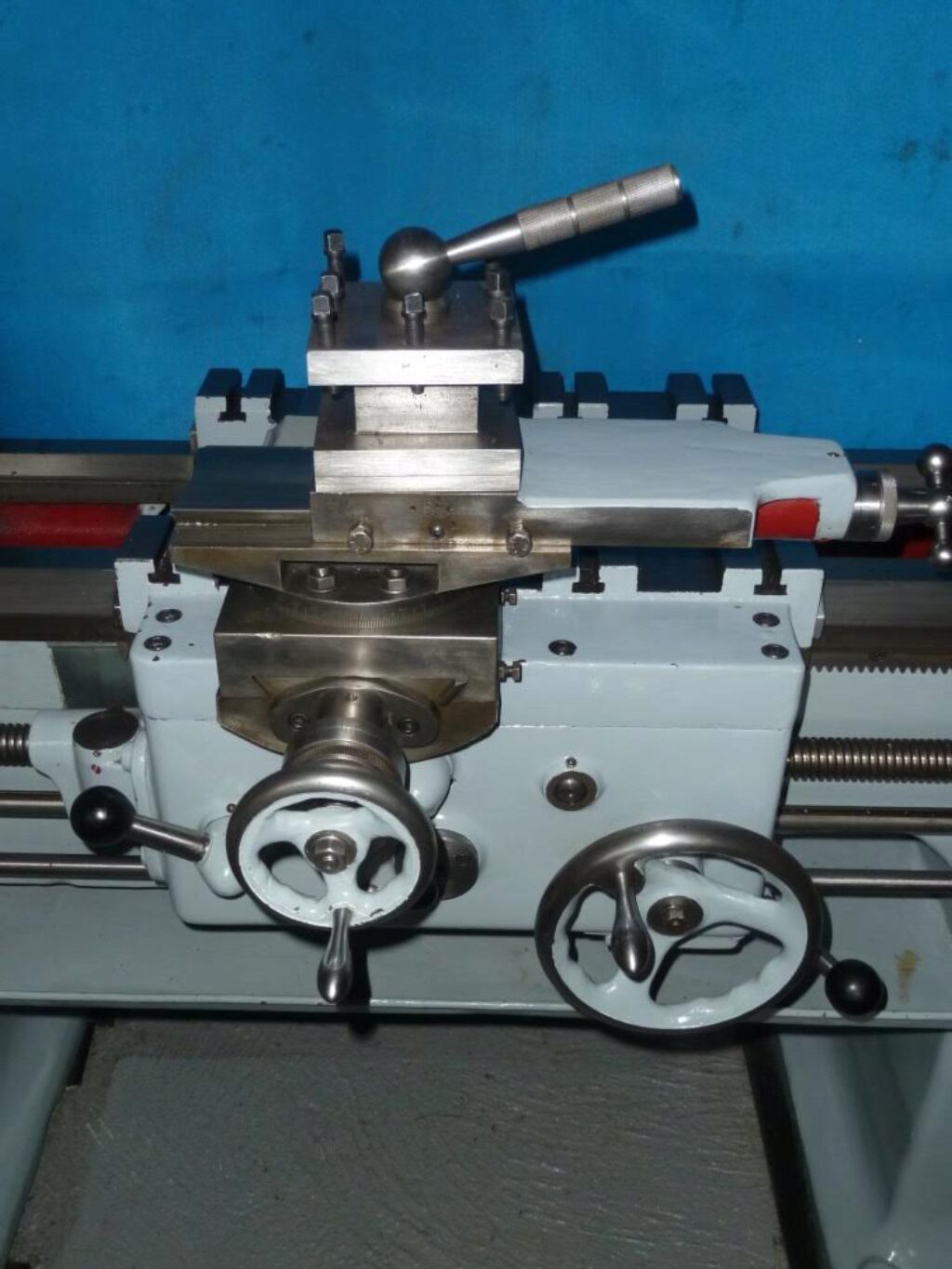 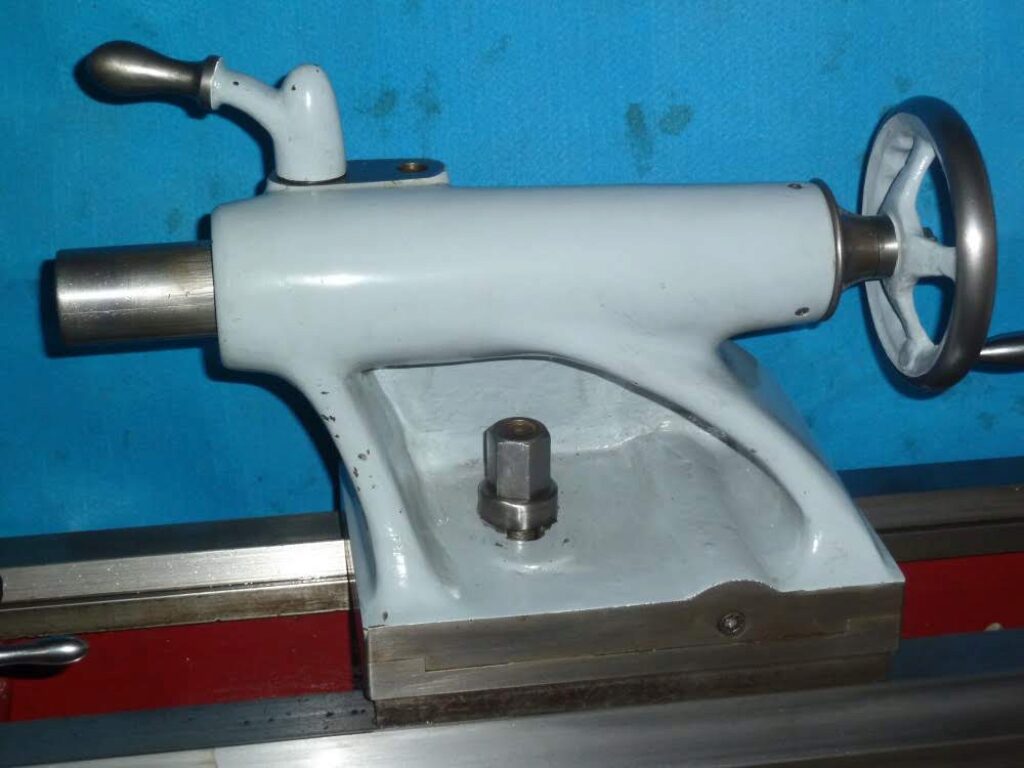 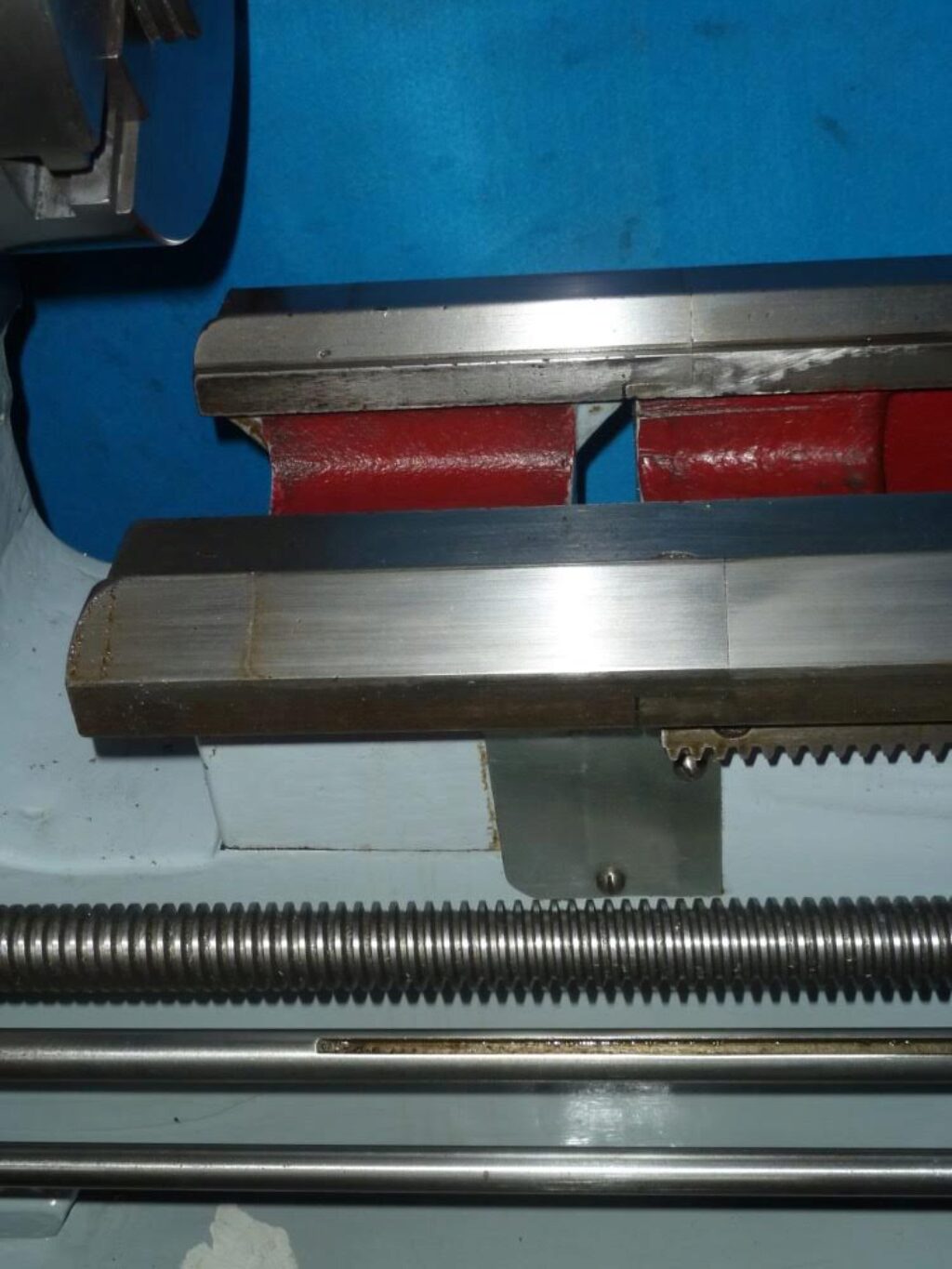 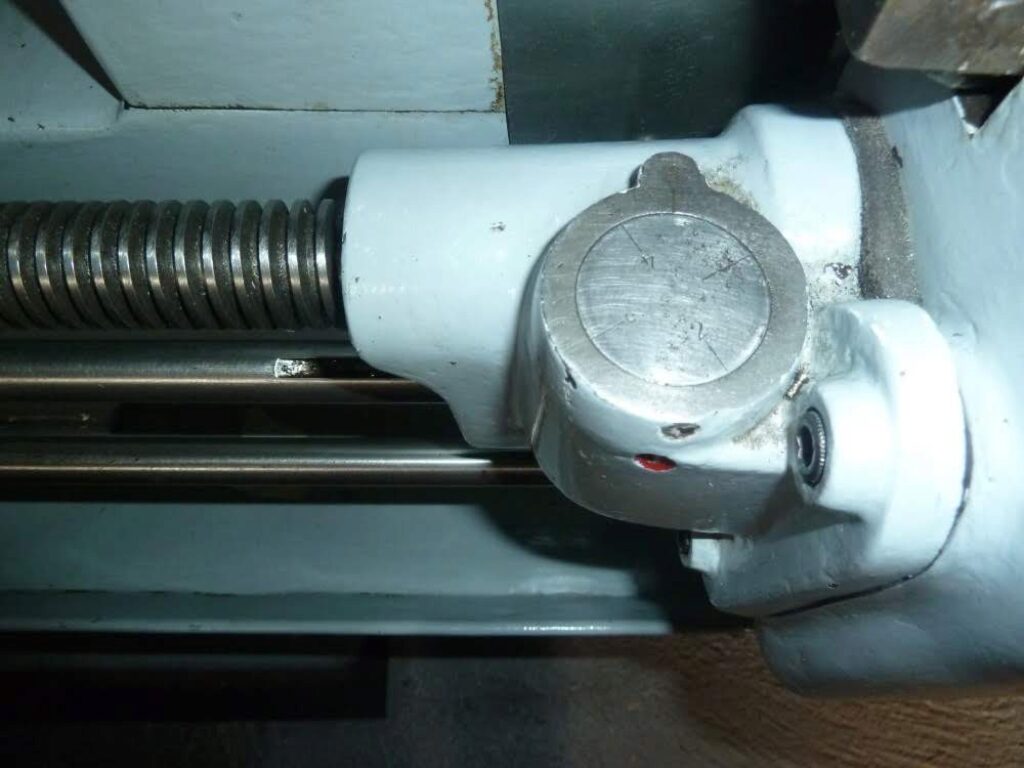 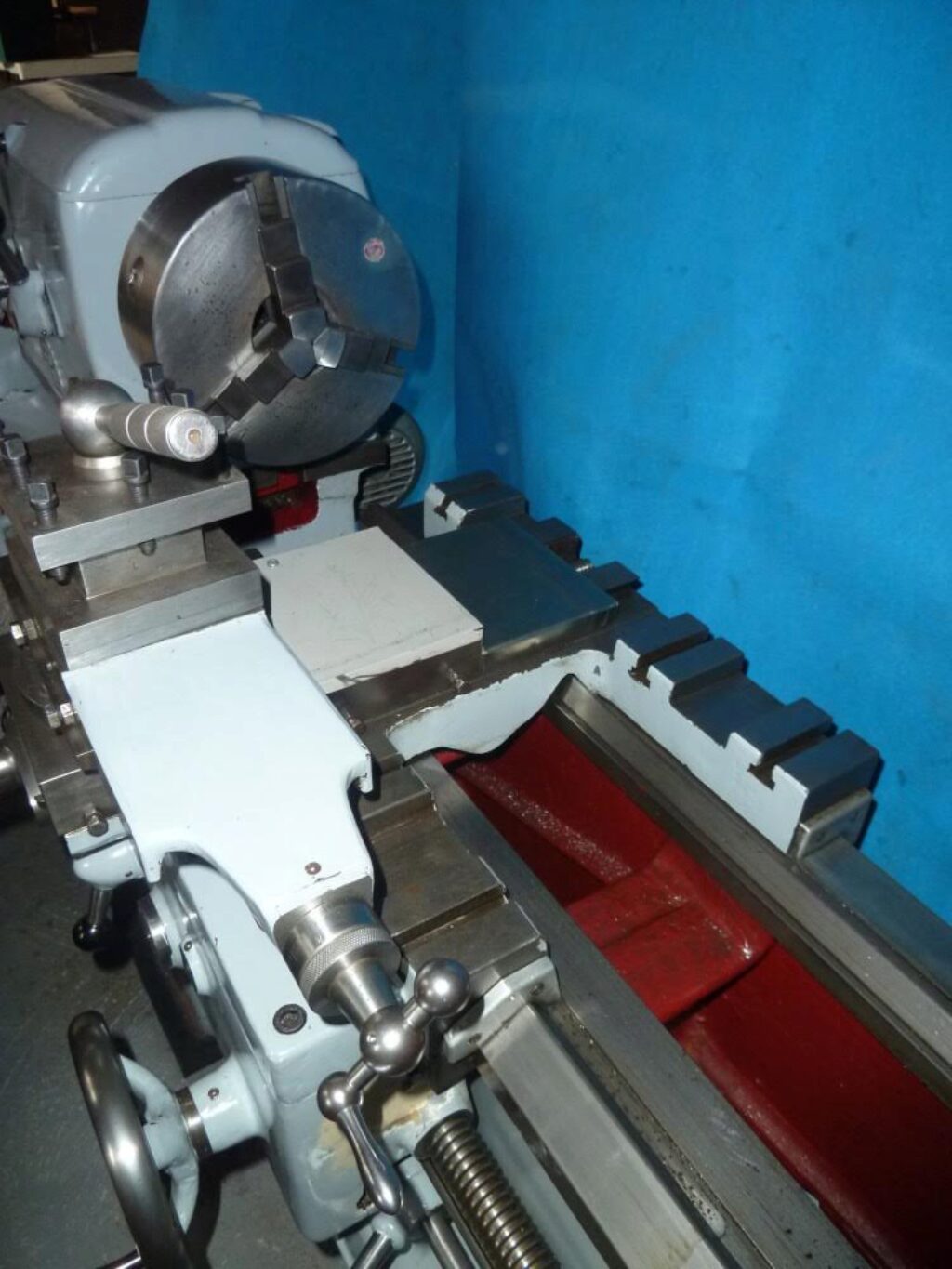 The AP leaves the garage

It’s really sad. The Pujantell leaved the garage after so many years working with it. I wish many hours of joy to the new owner. This is a picture of the lathe being loaded by a tailgate. 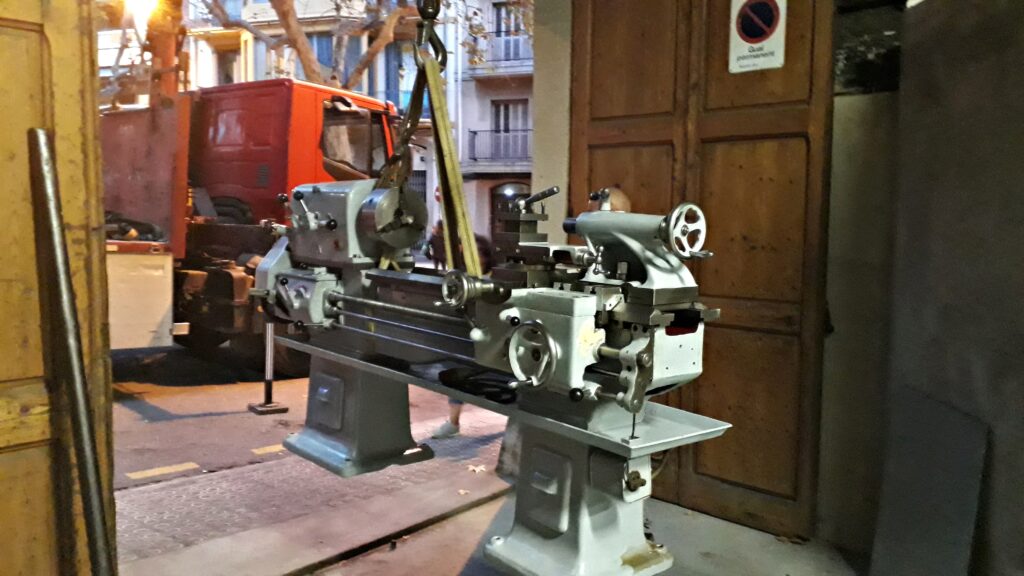 Literature about this lathe

I know no printed literature of this lathe. Any hint will be welcome. It’s worth to note that exists a brochure for a next generation machine built also by the same maker. This is the AP model E-2 lathe. By its look, I think it should be a machine of the late 60’s or firsts 70’s. Thus, I guess that the lathe shown in this post should be fabricated in the early 50’s. As you can see, the E-2 shares some building blocks and design characteristics with the older lathe.

According to a kind reader, the AP lathes were made in Lleida (Catalunya). It was a family-owned business that closed some decades ago. The same person told me that the owners now own a farming business.