Unusual square for the tool grinder

One of the jobs done this summer is a special square intended to facilitate the alignment of the grinder axis. I own a Klaiber WSII tool grinder. This grinder has a head with several degrees of freedom and aligning it to the table is not easy given the poor quality of the head scales. Thus, I decided to build a particular square that fits in the head nose and offers a reference plane to test with the indicator or the protractor, for instance. This is a picture of the finished square: 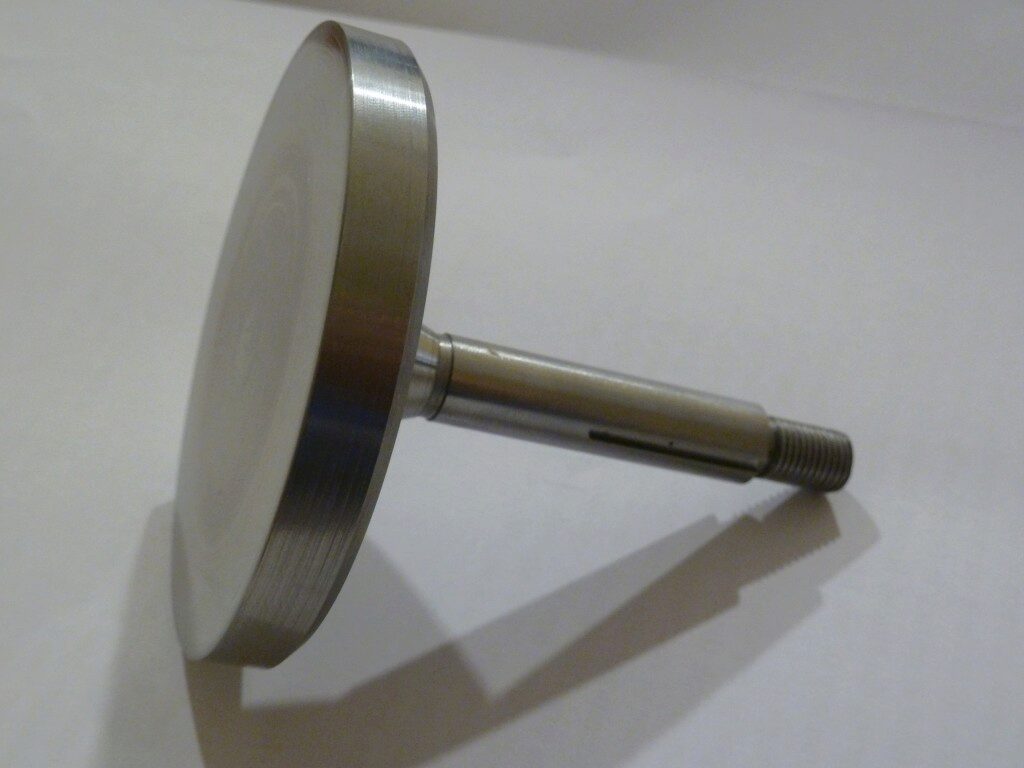 As you can see in the picture, the queue of the square is a 317E collet fitting the Klaiber nose. A bigger disk was attached to this queue by shrink fitting. The fit was designed following the rule that says: «add 0.001 x D to the diameter D of the shaft; make the hole to dimension». Then, the shaft was turned to 16.02 mm and the hole to 16.00mm. Shaft was put into the freezer and the plate heated with an air heater. Shaft introduced into the hole with no pressure in this conditions.

The queue was turned according to collet dimensions and lapped to 14.99 mm. The collet I got with the grinder measures 14.97mm. I think it is a bit undersized despite being an original one. The following two pictures show the result of the lapping: 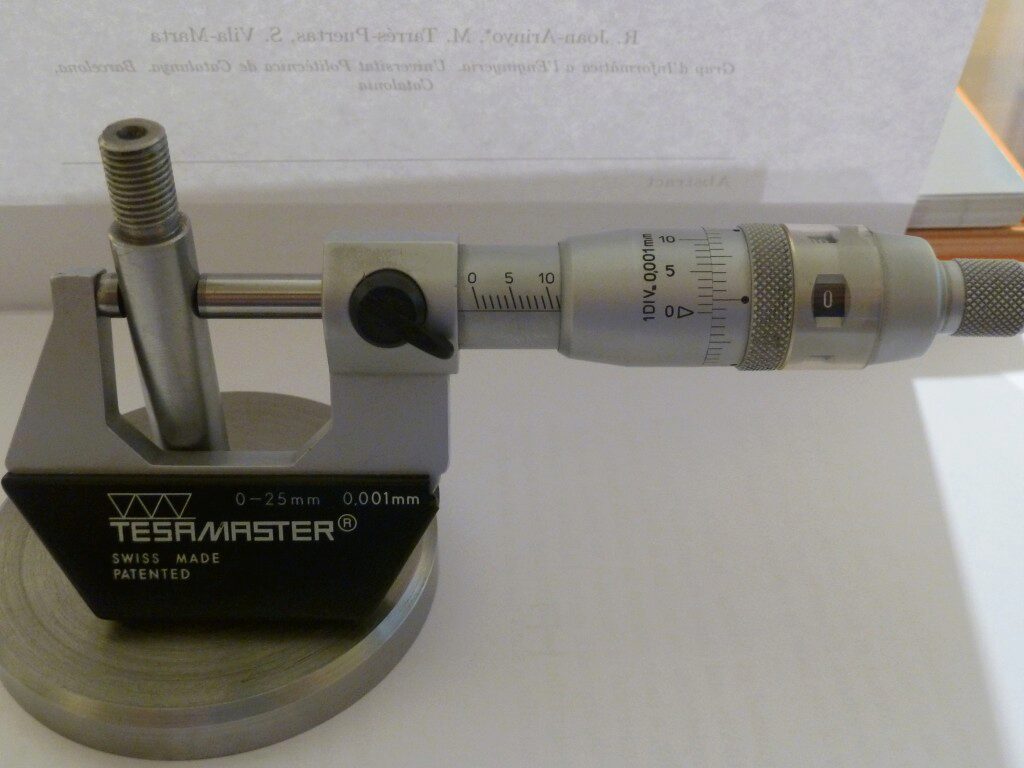 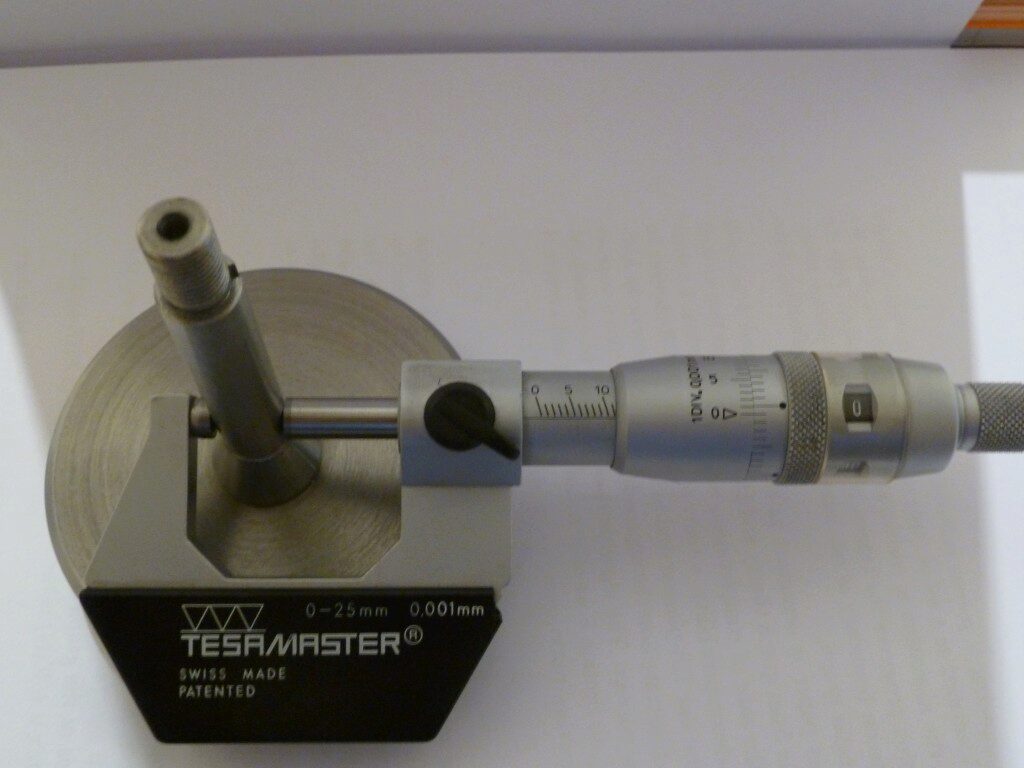 You can see that the shank tapers off 0.006mm. I considered it’s enough for the purpose. I guess that it would have diminished by a better lapping procedure. The collet queue was finished by threading and cutting the slot. After that, the plate was carefully faced. It was not an easy job given the diameter ratios that induced a tendency to chatter. After that, the plate was lapped to a smooth and flat surface. I end this entry with couple more of pictures of the square and a final picture of the square fitted in the grinder head. 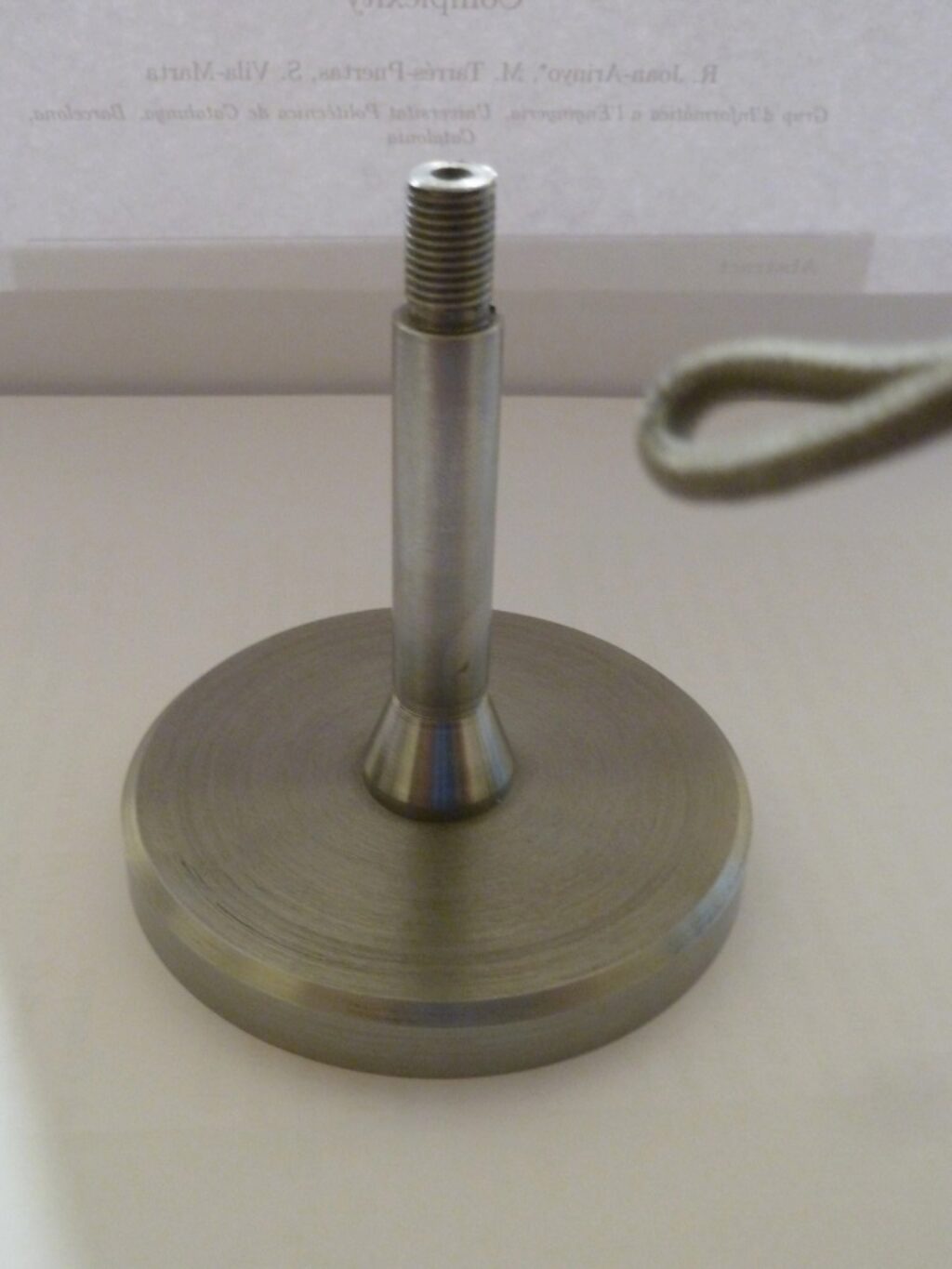 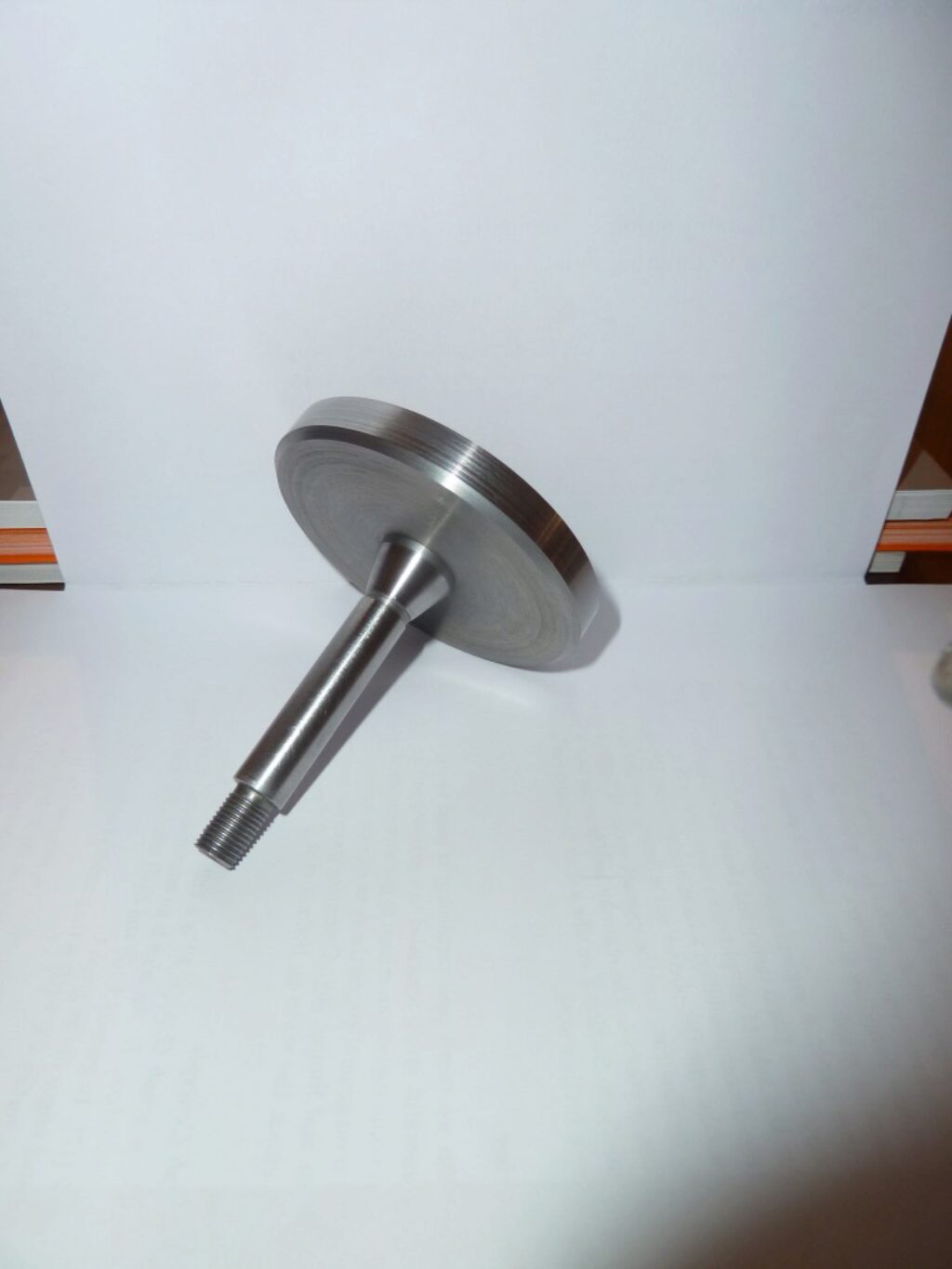 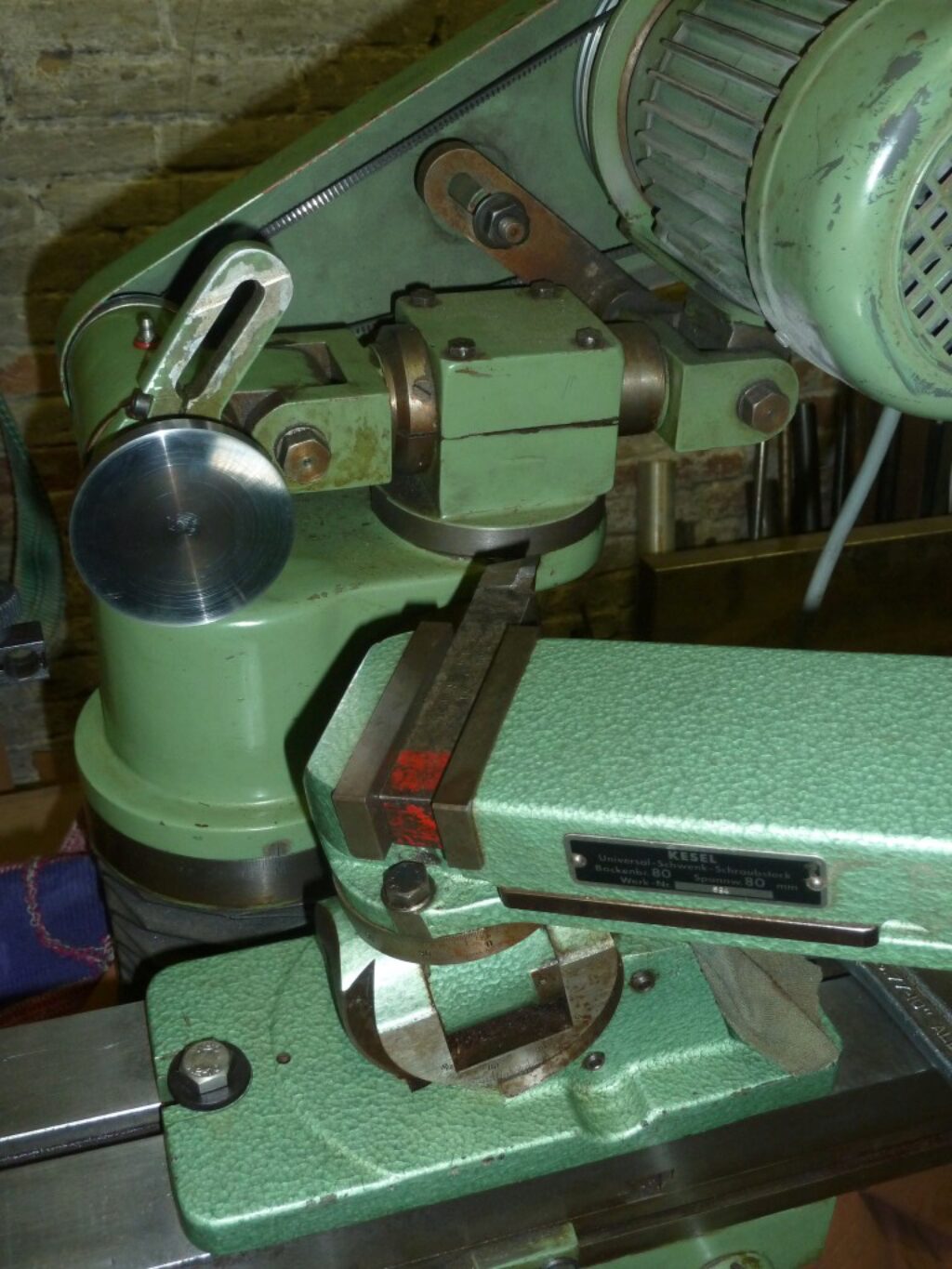