Some months ago I bought an old Boley-Leinen collet closer. The gadget is almost complete but:

The collet closer as bought

The following picture shows the collet closer assembled as usual: 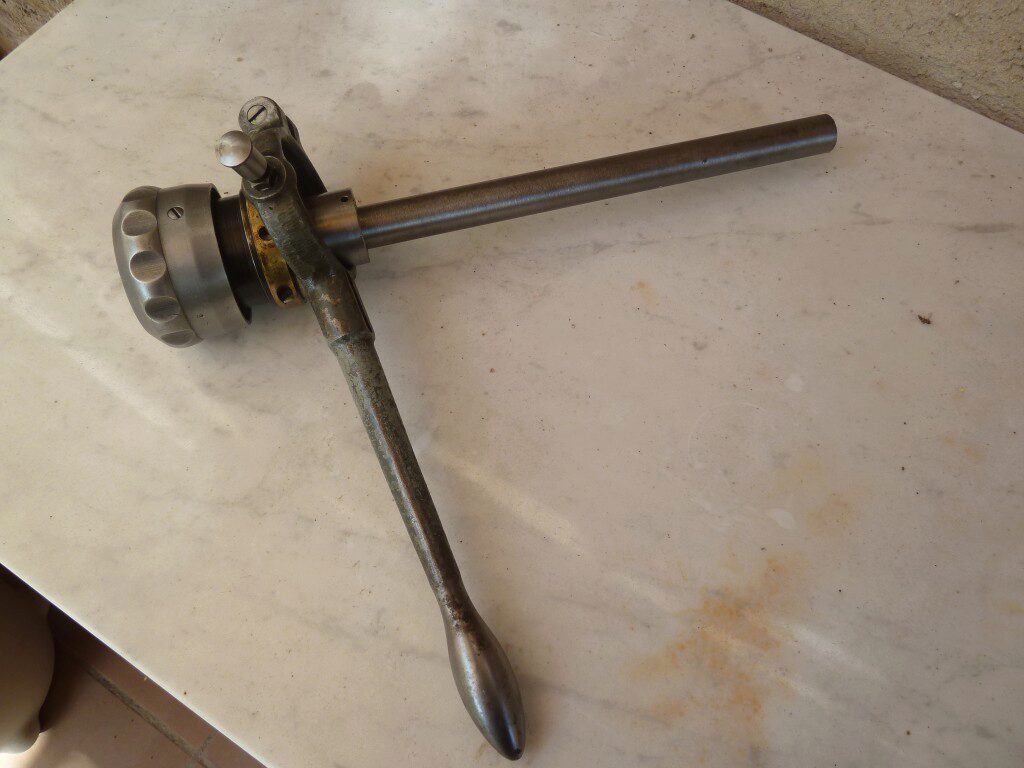 Below, you can see some details of the parts. In the first picture, you can see the closer body. Note how the levers are broken and the ball plungers lost the steel ball. 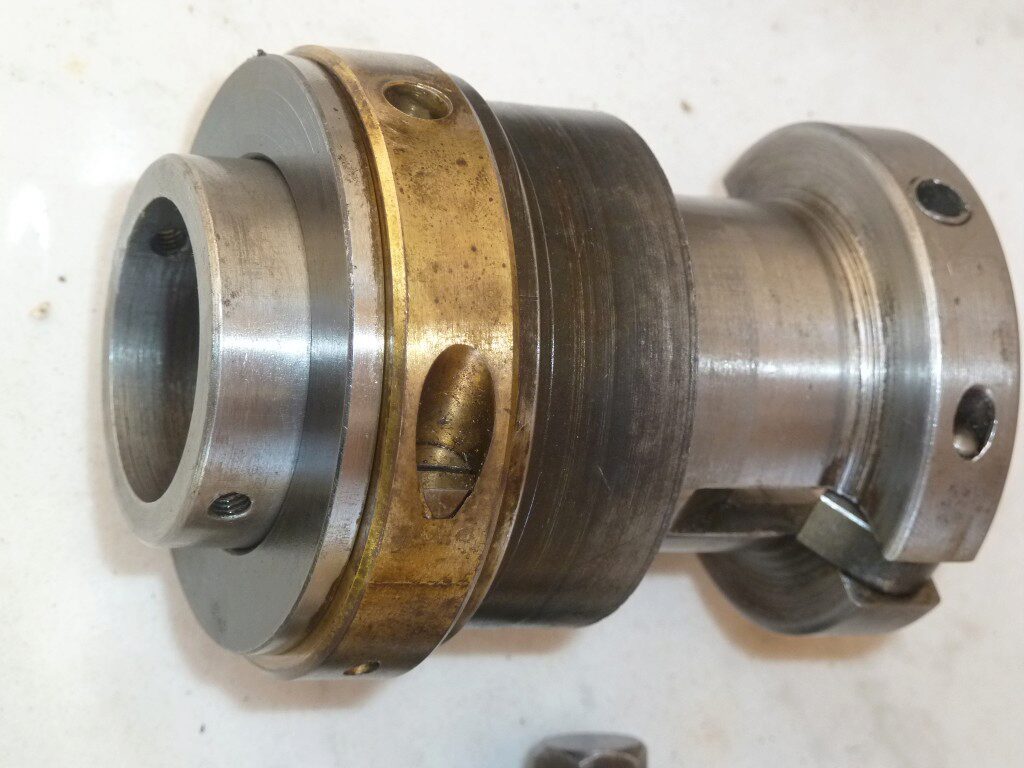 The closer ring moves over the levers and locks them in place. The bronze ring is perfectly adjusted. 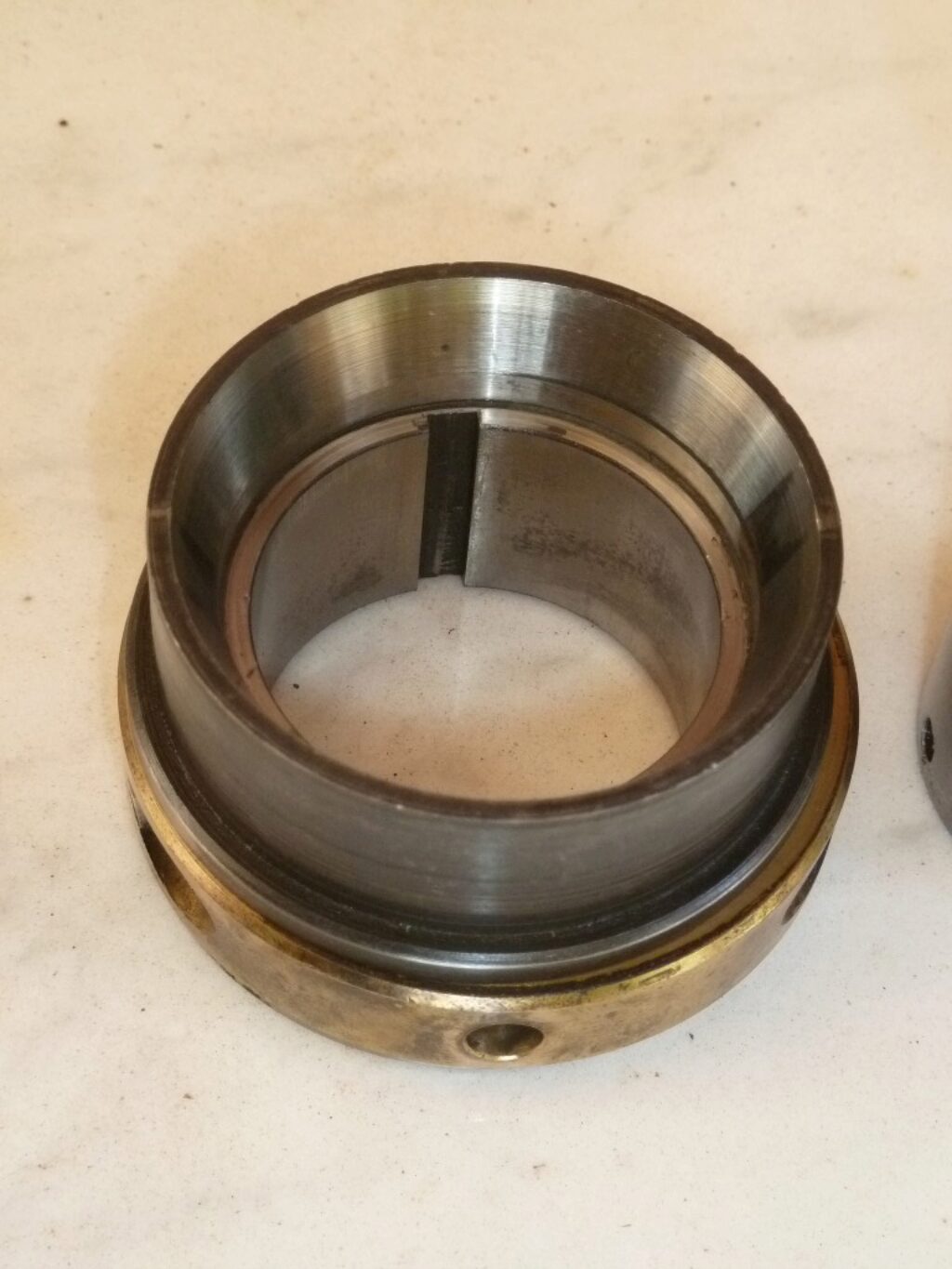 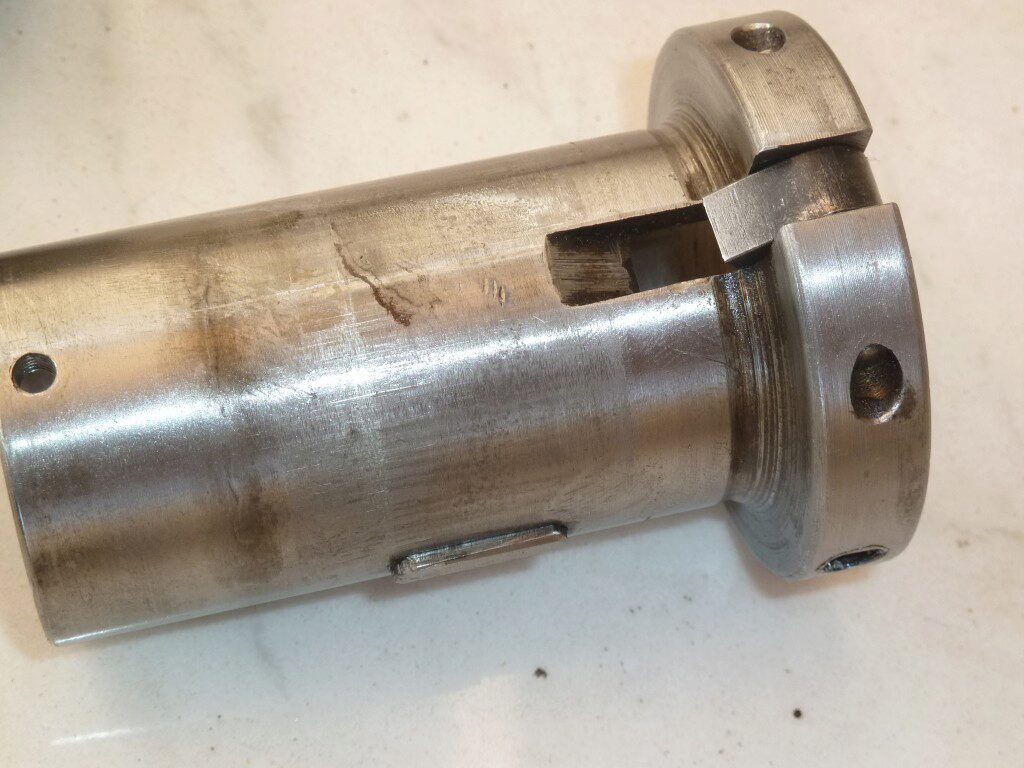 The drawbar has a hard and thick washer at the bottom. This is the place where the levers actuate and pull the collet to close it. In addition, the interior of the drawbar handgrip has a steel ring attached to locate the plungers. 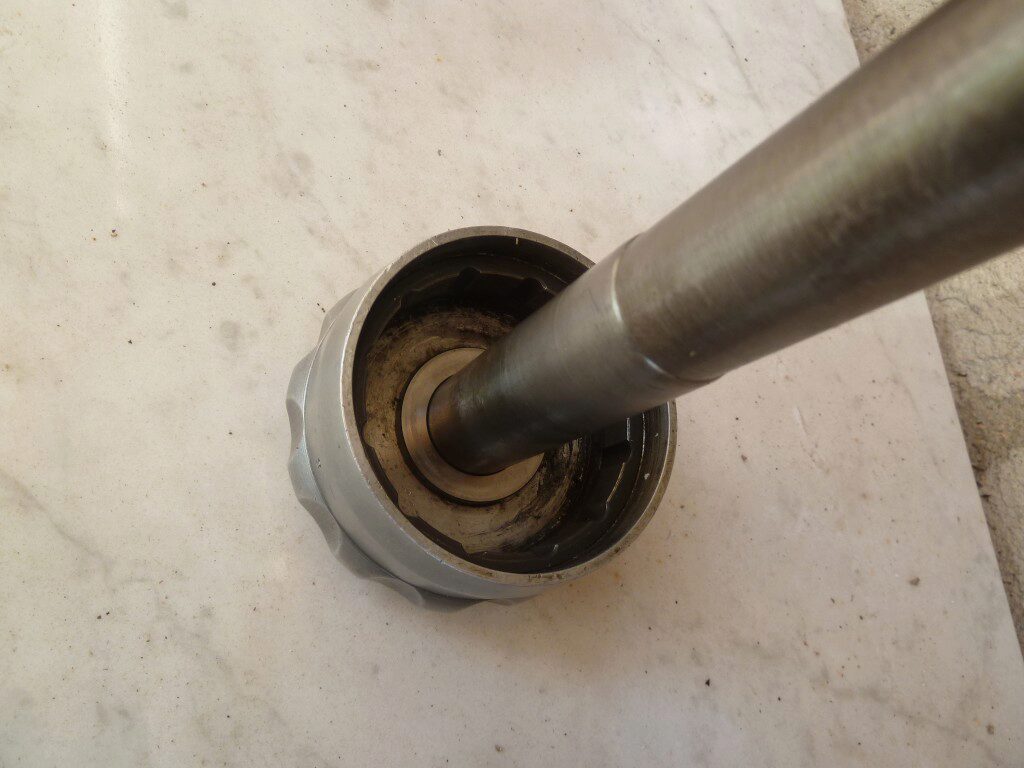 As you can see, the hand lever has an oil cup to grease the bronze during the work. 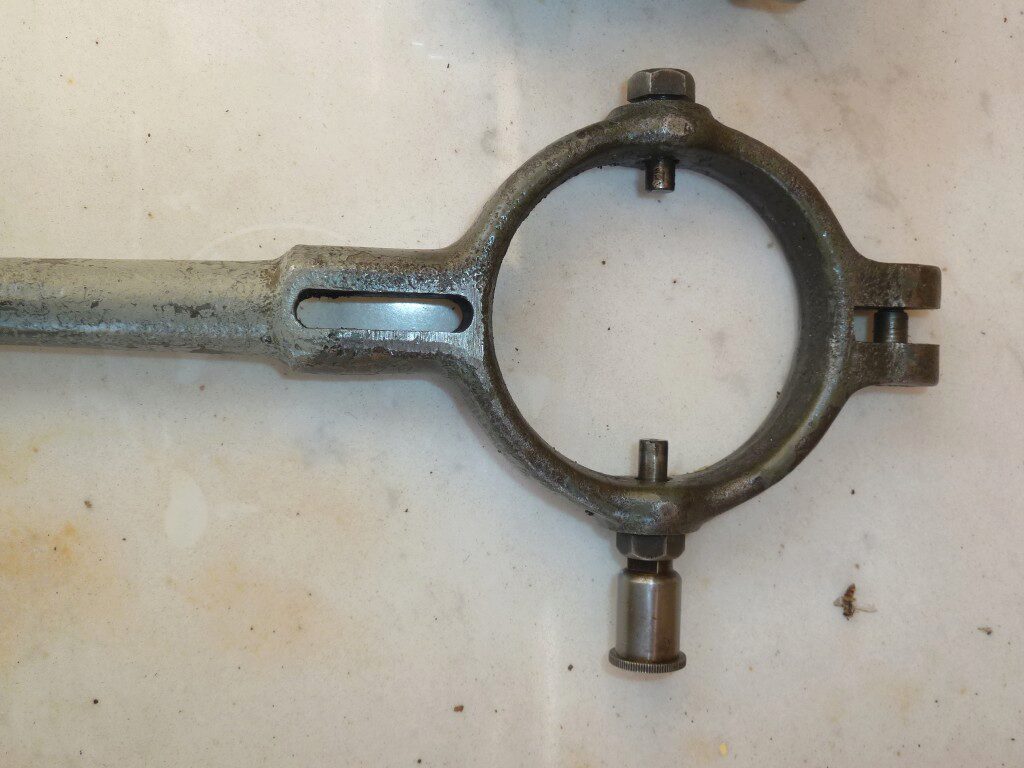 Get a pair of spare levers

First I get a pair of spare levers from Kilgenstein. They arrived in some days: 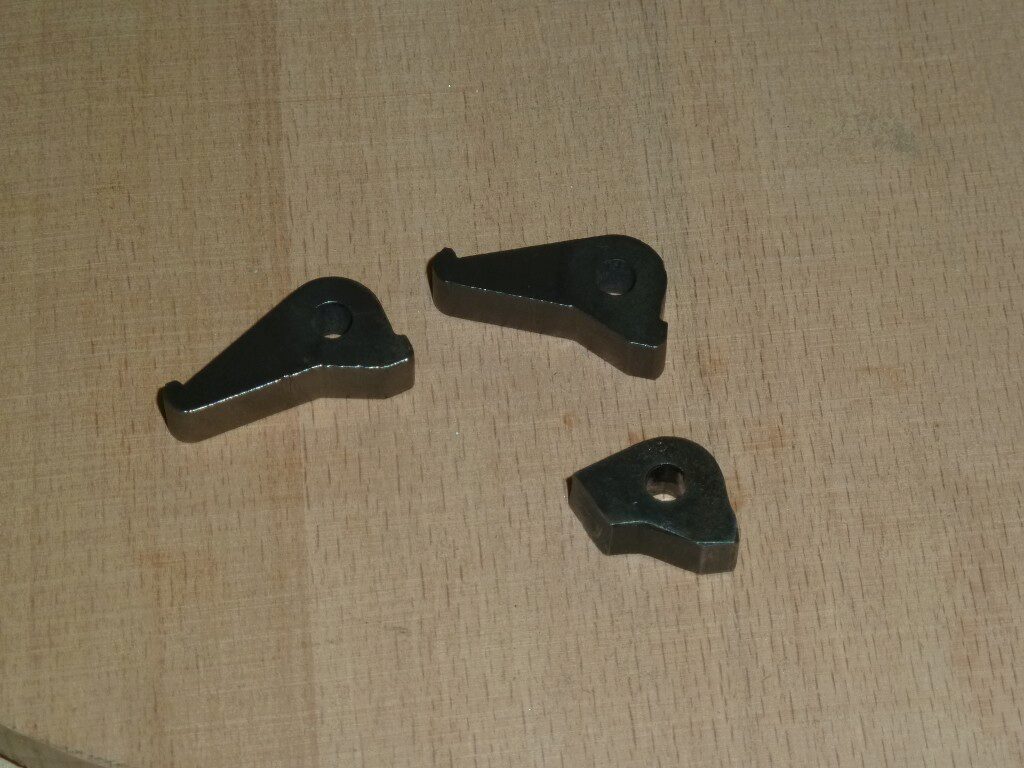 For some reason the ball plungers lost the ball (and the spring of course), I pulled the plungers box using a screw extractor without damaging them. Later on I made a couple of springs in the lathe using steel wire of appropiate size. The following pictures show this: 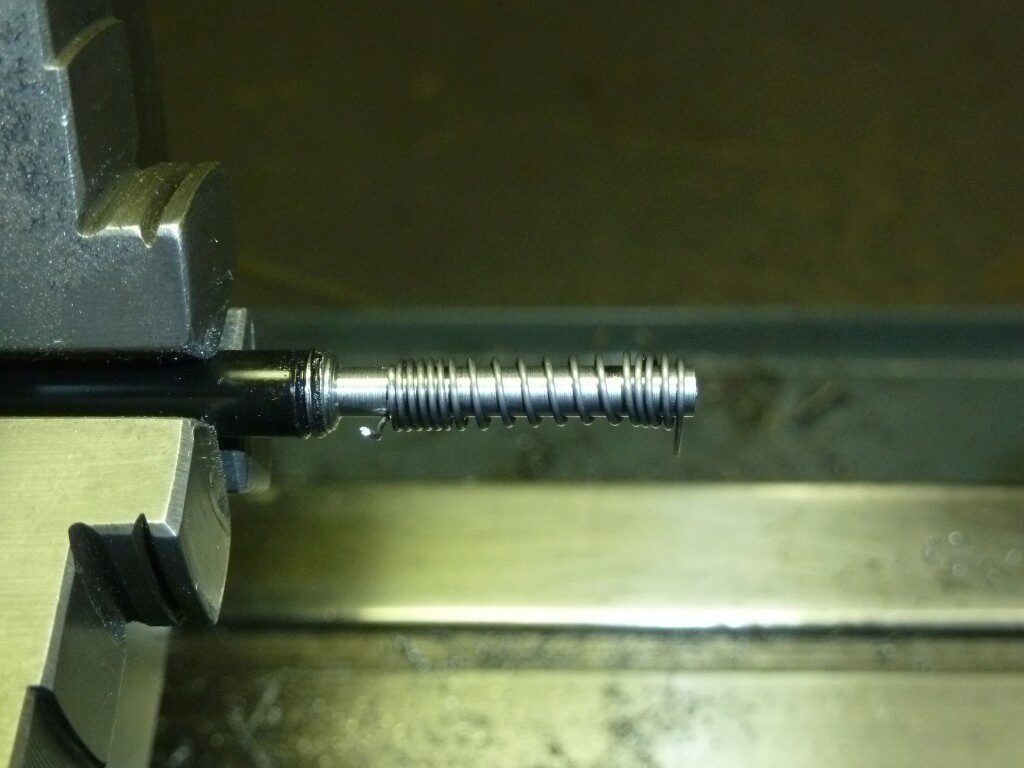 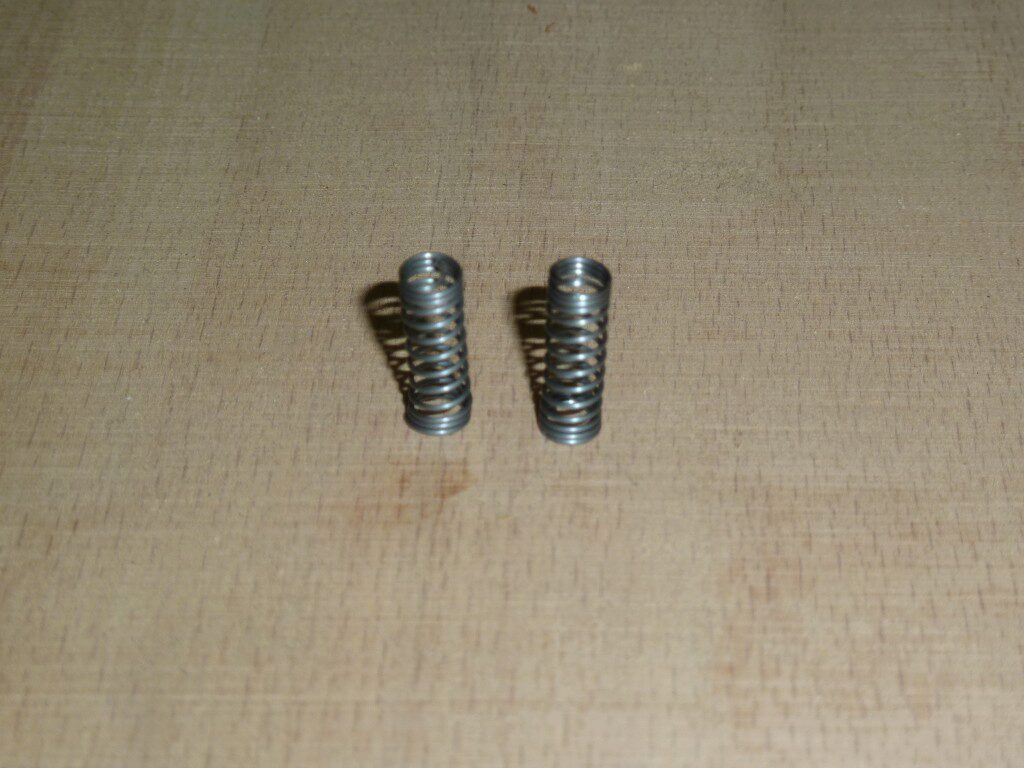 Then, I put the sprint and the ball in the package while closing the pack at the lathe. See it in this picture: 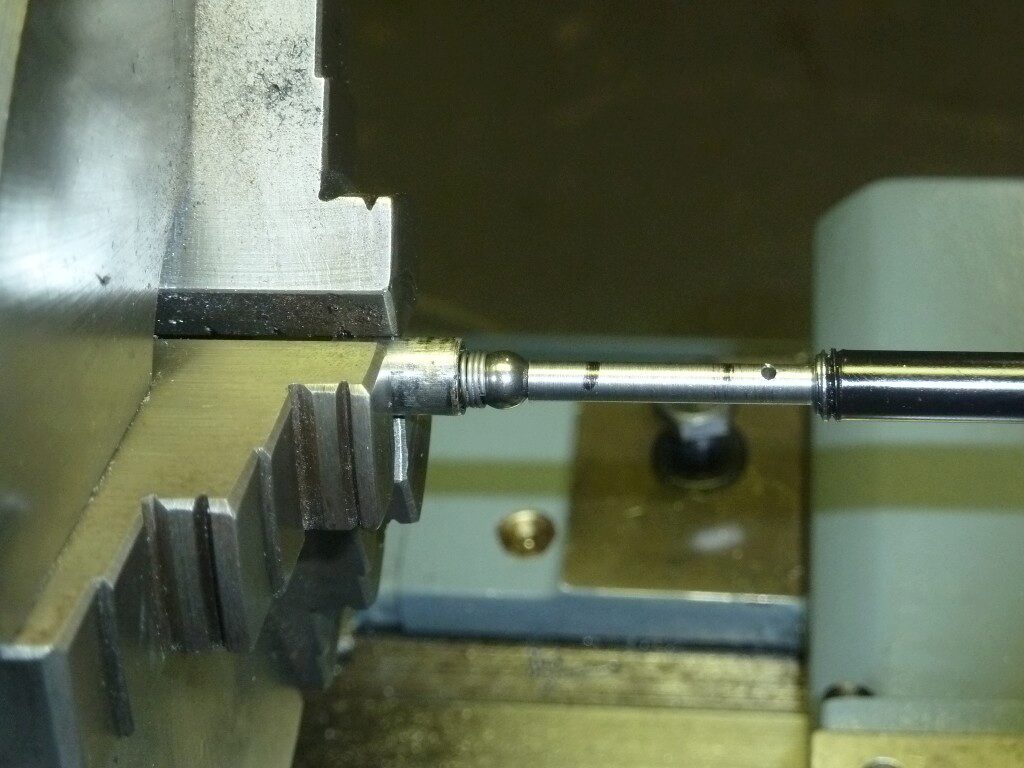 The result is this: 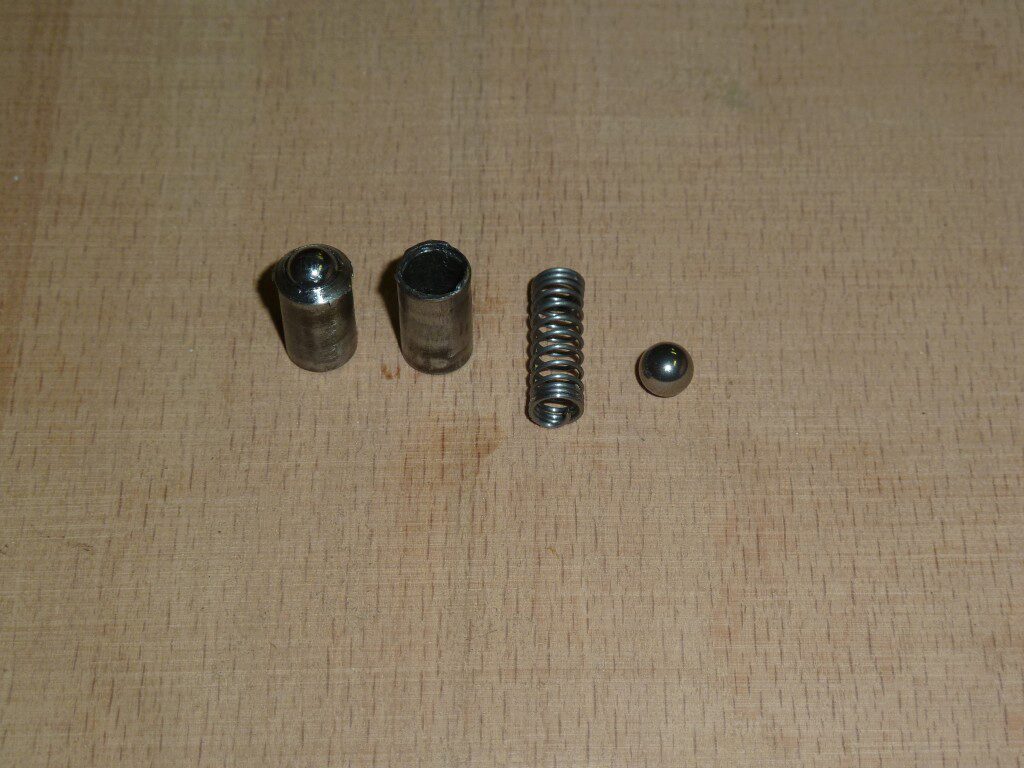 The closer is attached to the lathe by a pair of supporting bars. One of them acts as a hinge and the other limits the movement of the closer to the right range. I turn a couple of 18mm CrNi steel first to fit the lathe. Then I milled the bars to mate the handle: 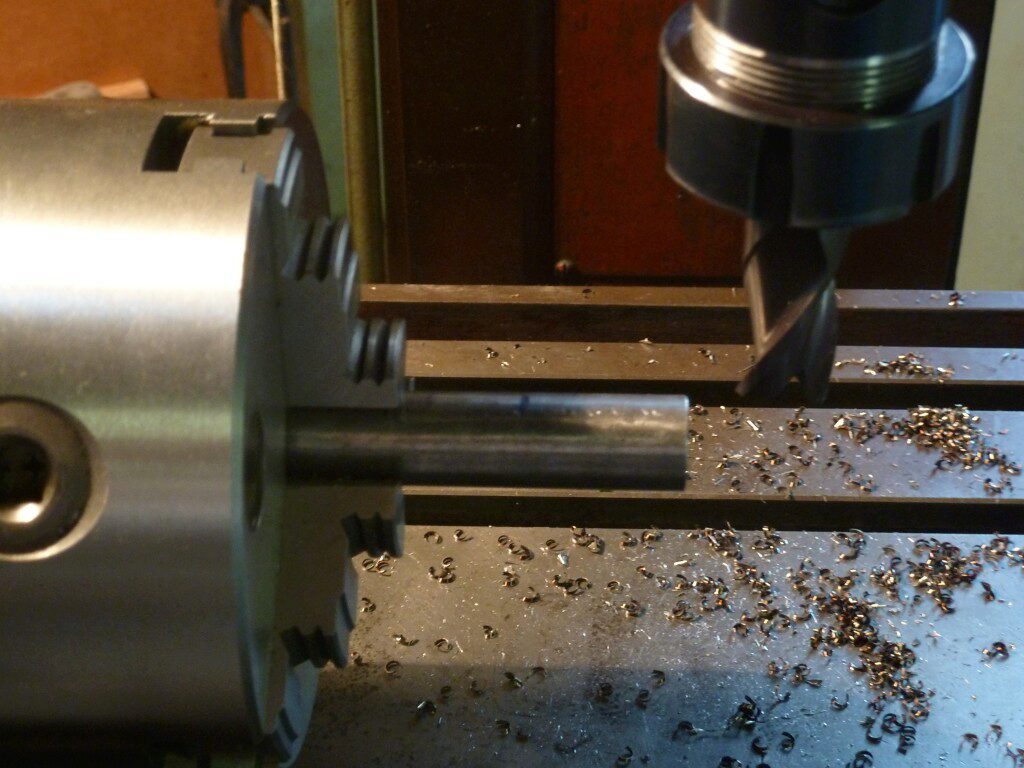 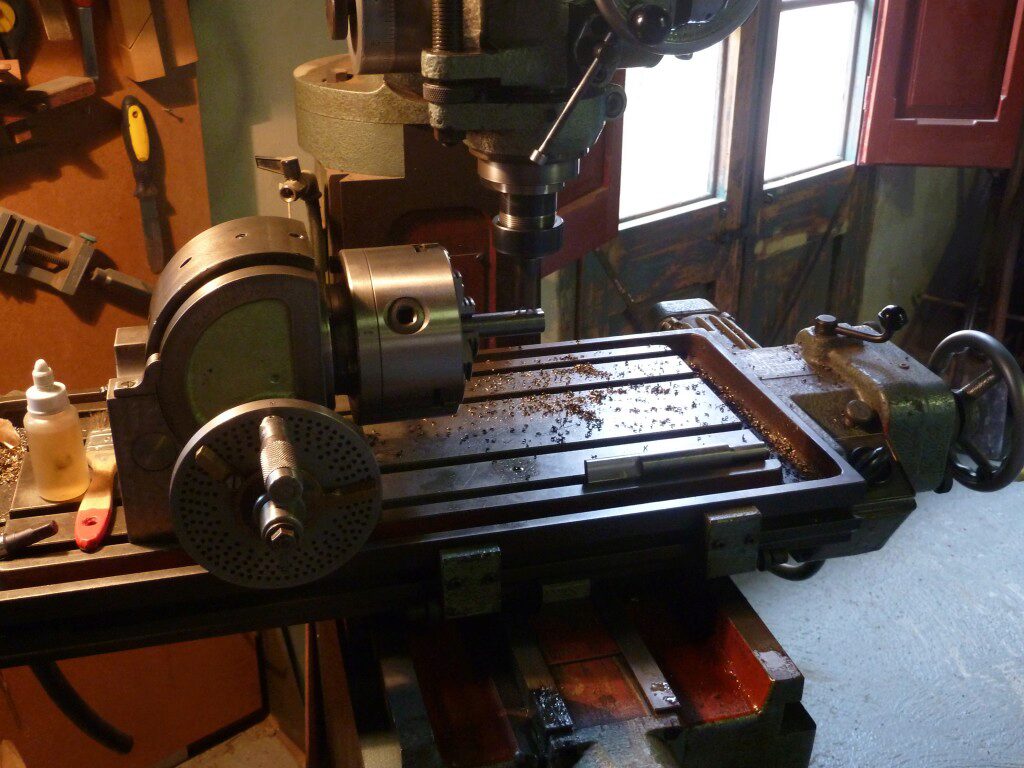 After adjusting the bars and drill the hinge, this is the result: 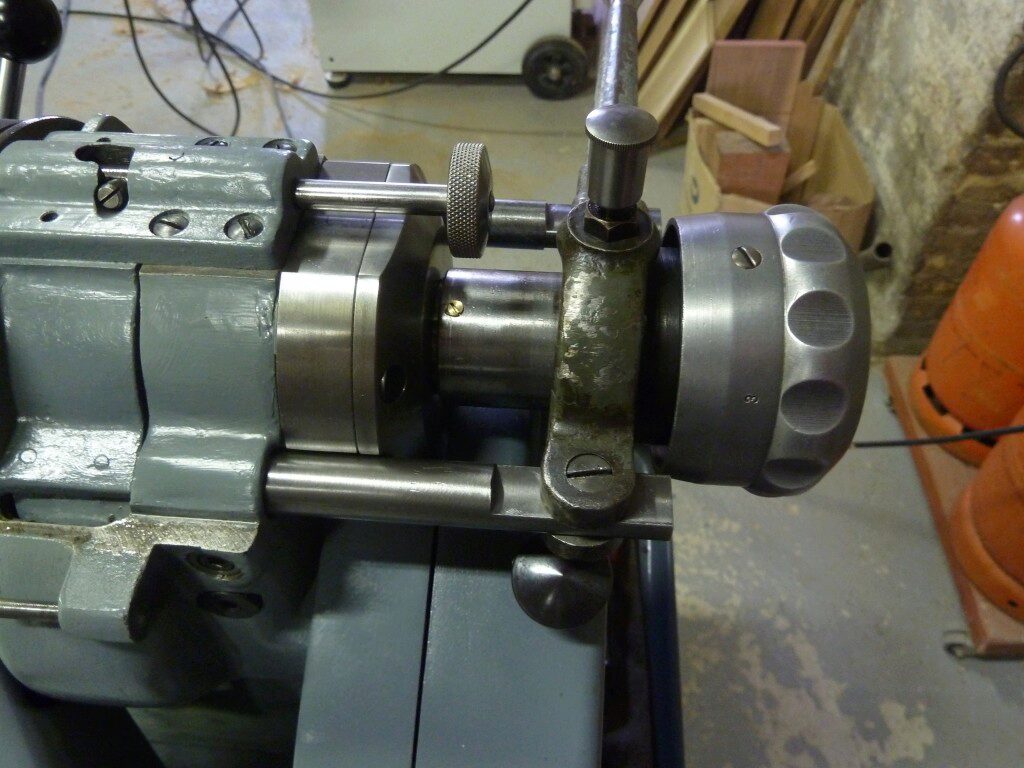 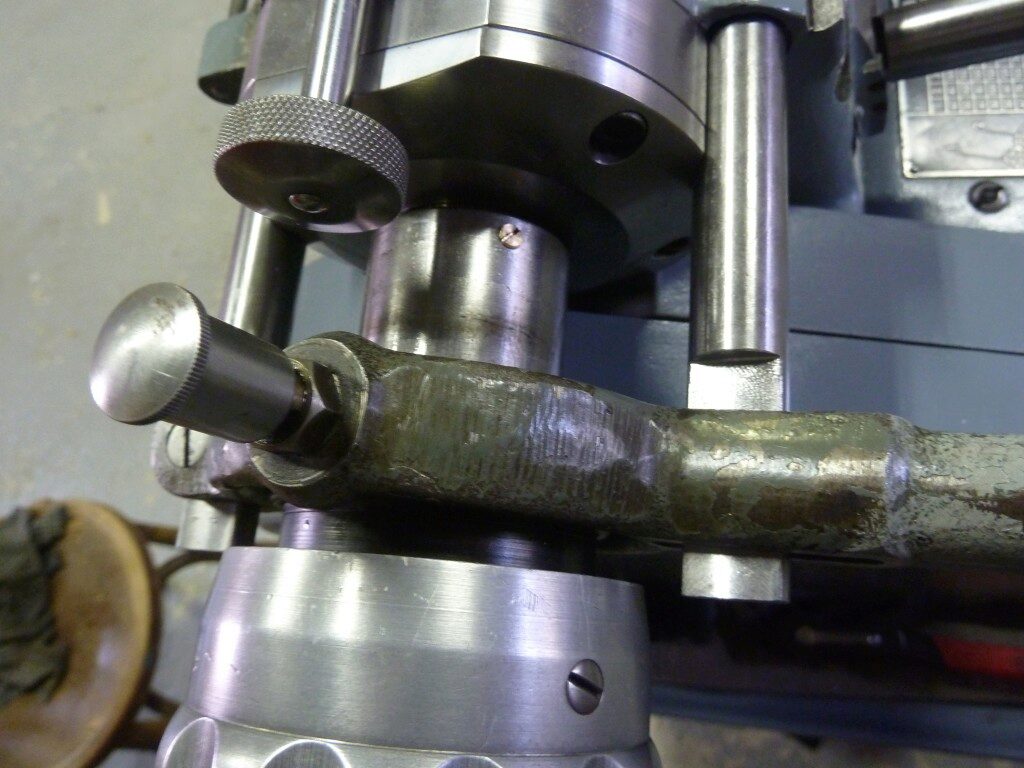 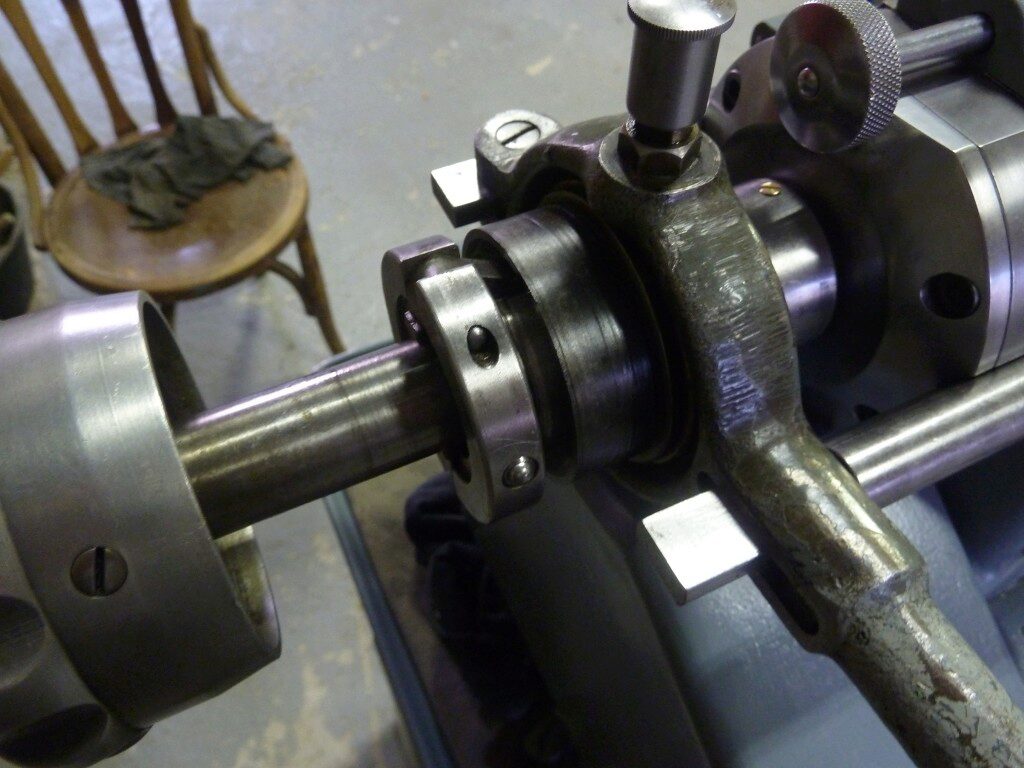 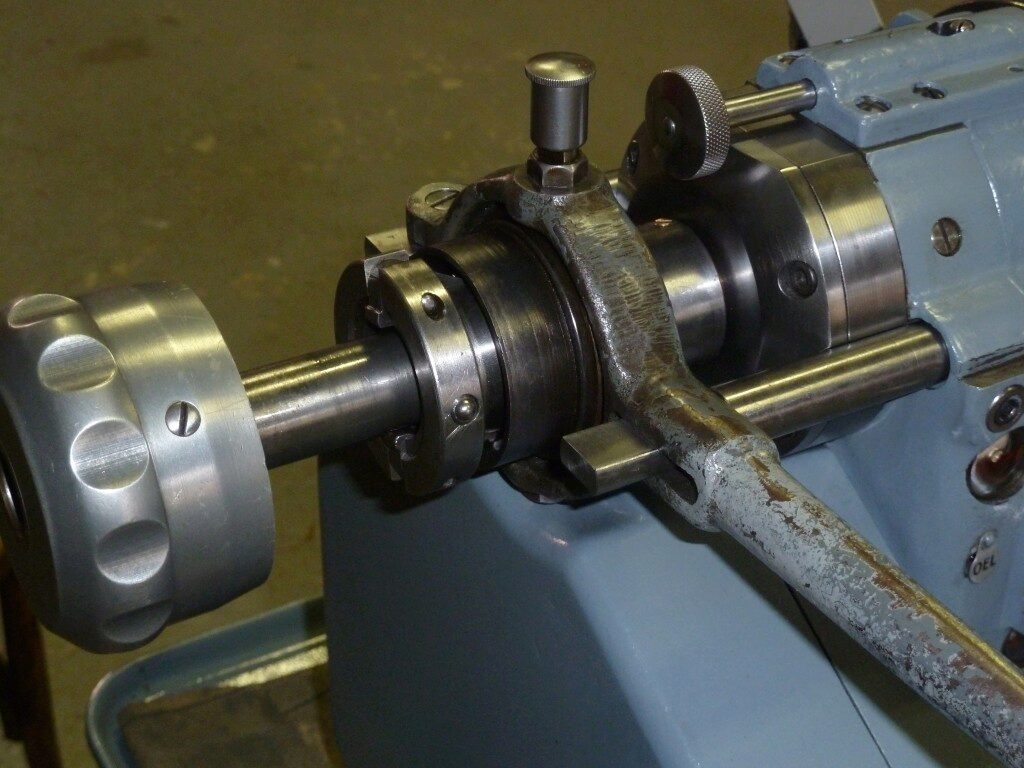 Now it remains to take care of the cosmetic details …