The lathe uses a flat belt to transmit power from the speed change to the spindle. After painting the stand it is now time to install the belt. The belt installed was a 42mm Esbelt LF-14 nylon-leather combined belt supplied by Armengol-Prat. This belt should be glued in-place. This was done by the supplier itself by using a hot gluing press as shown in this picture: 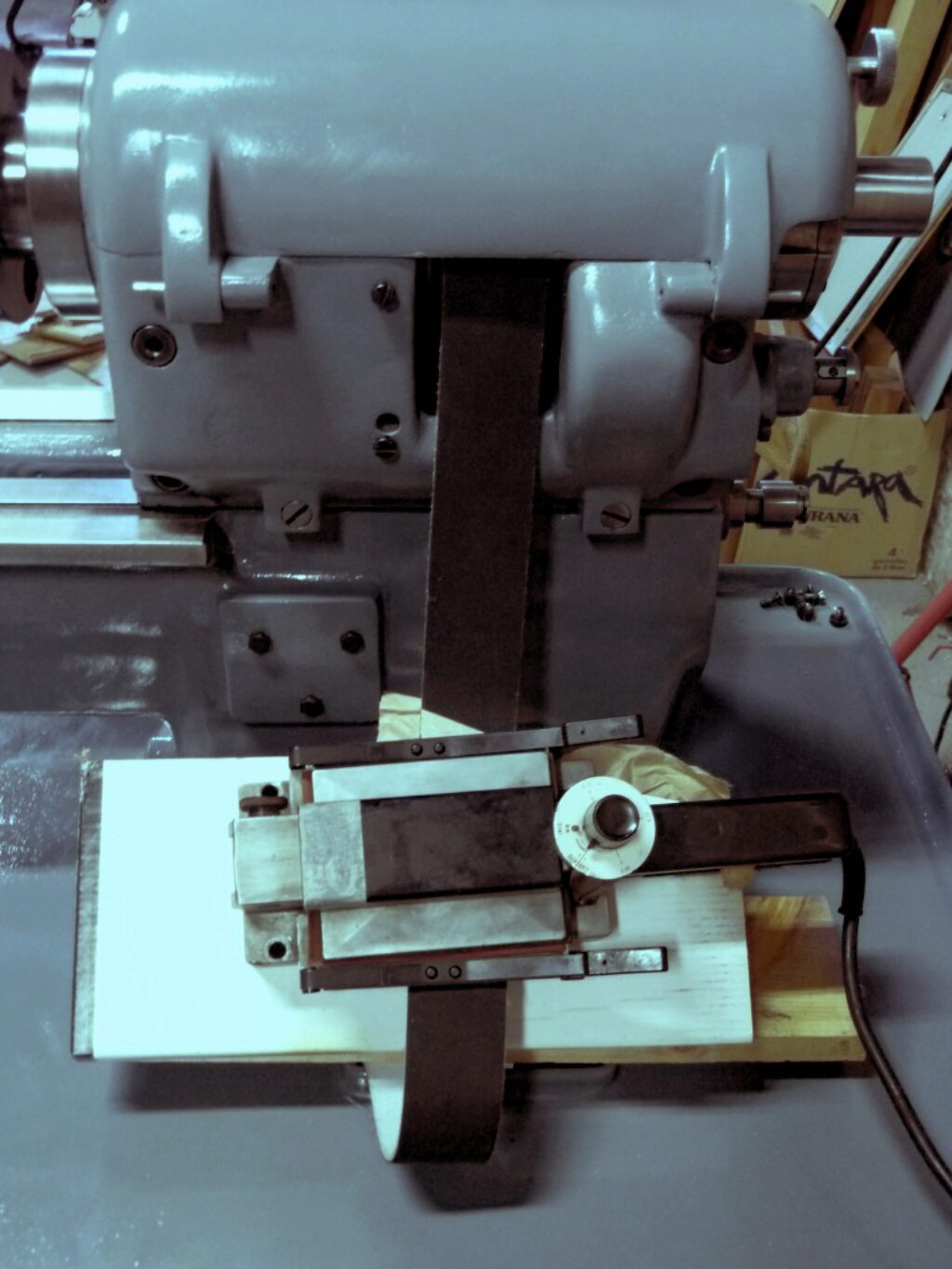 After the waiting time to cure the belt glue the belt was tensioned to 0.75%. The result is a really smooth movement of the splindle.In the next picture it can be seen tha belt union and the tensioned belt in place: 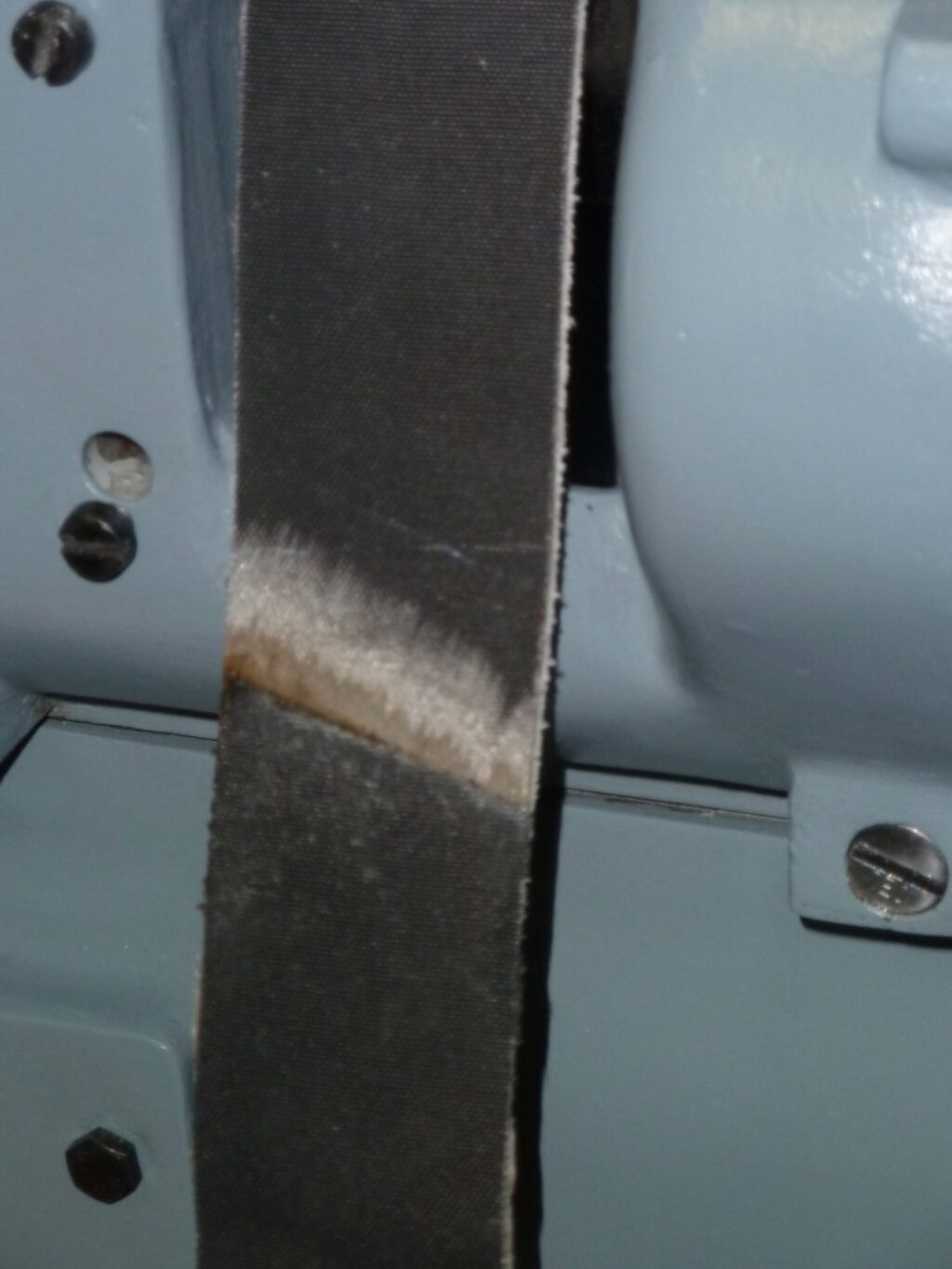