Following with the overhauling of the Leinen LZ4SB now the star is the apron. The Leinen apron is double walled and all the mechanisms run in an oil bath. It has an clever mechanism to stop the transversal and the longitudinal advances when there is too much torque. This allows to work with adjustable stops during automatic turning or facing operations.

Power transmission between the feed bar and the apron is done through a worm drive placed inside the apron case. The worm slides in the direction of its own shaft. Thus, when the worm gear offers too much resistance the rotation of the worm displaces it along its shaft instead of moving the worm gear. This displacement disengages the automatic feed and stops the carriage. The displacement mechanism friction is regulated through a spring that is loaded by turning a square head screw on top of the carriage. It follows a couple of pictures of the apron. The red support in the first plane is the displacing worm support. At the left there is the friction mechanism. A the right the feed engaging mechanism. Note how the pinion that receives the movement from the feed bar is long enough to allow for the worm displacement. 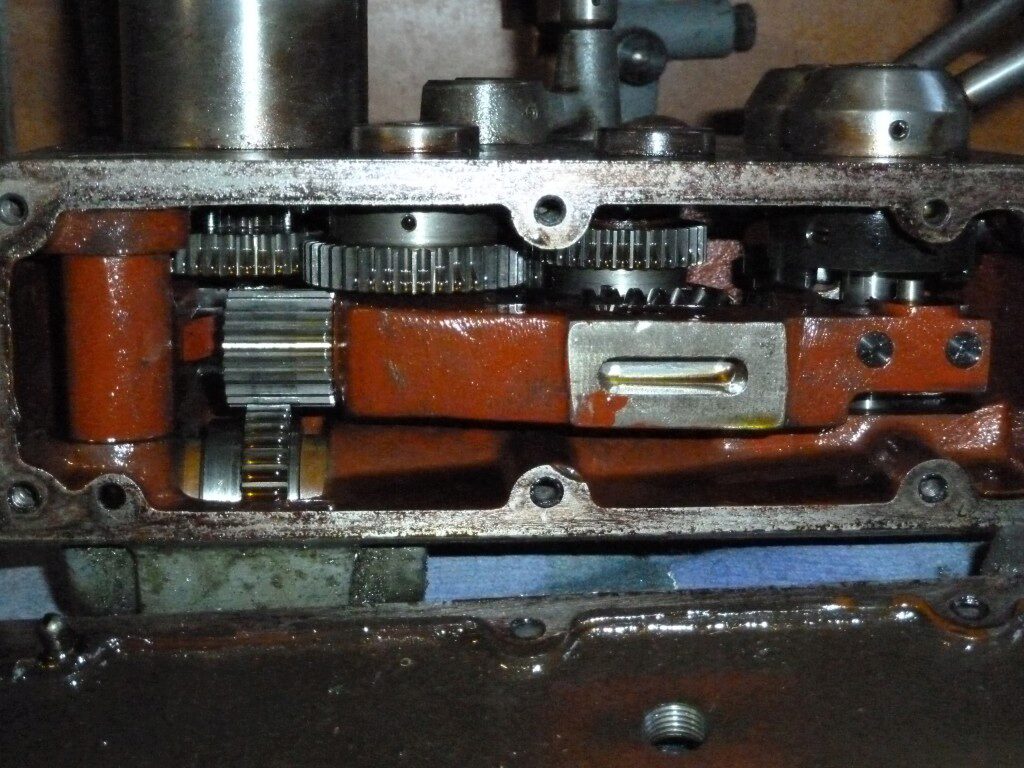 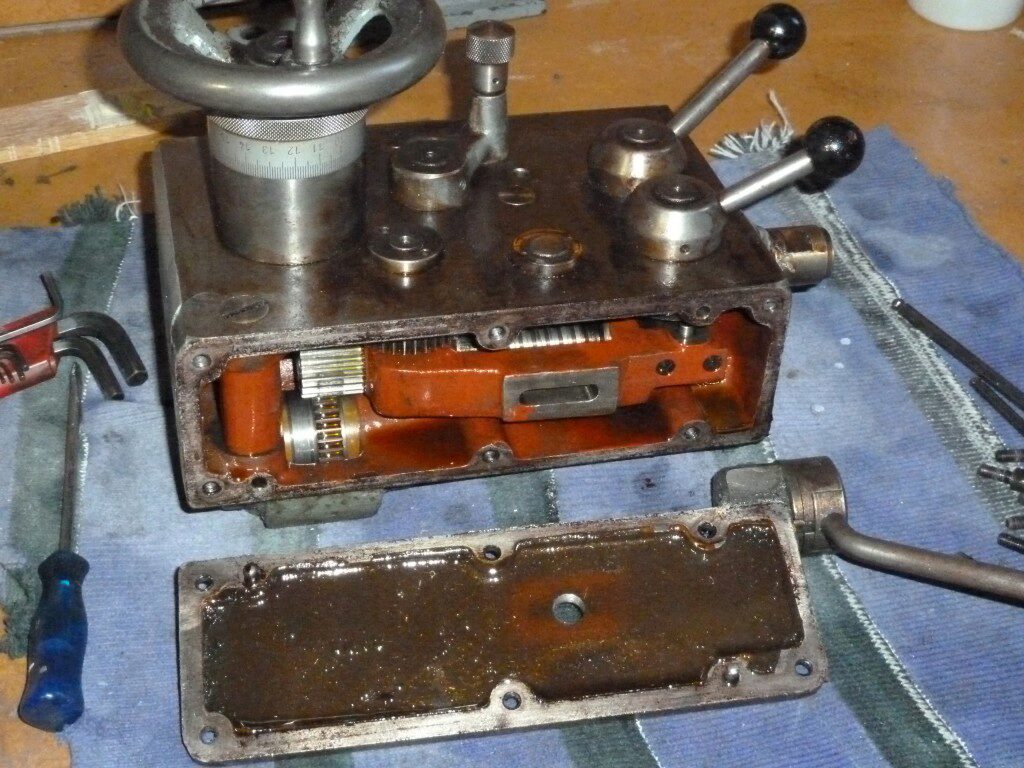 The apron has two knobs to control the facing and turning movements. The first one, a rotating knob with three positions selects the kind of feed: facing, none or turning. The second one engages the feed, it works as a kind of mechanical feed switch. This last control knob actuates on the same mechanism that the torque stop. (Look at the images in the next sections).

The split nut mechanism is moved by it own knob as usual. Nuts are in a very good condition and they fit really close to the master screw. Split nut and feed movements cannot be simultaneously activated due to a mechanical interlocking. It is worth to note the finely built split nut and its supports. They run in a small and very well adjusted ways with its own adjusting gib. The thee gib adjusting screws are located in one side of the apron. The next picture shows the split nut and the corresponding mechanism: 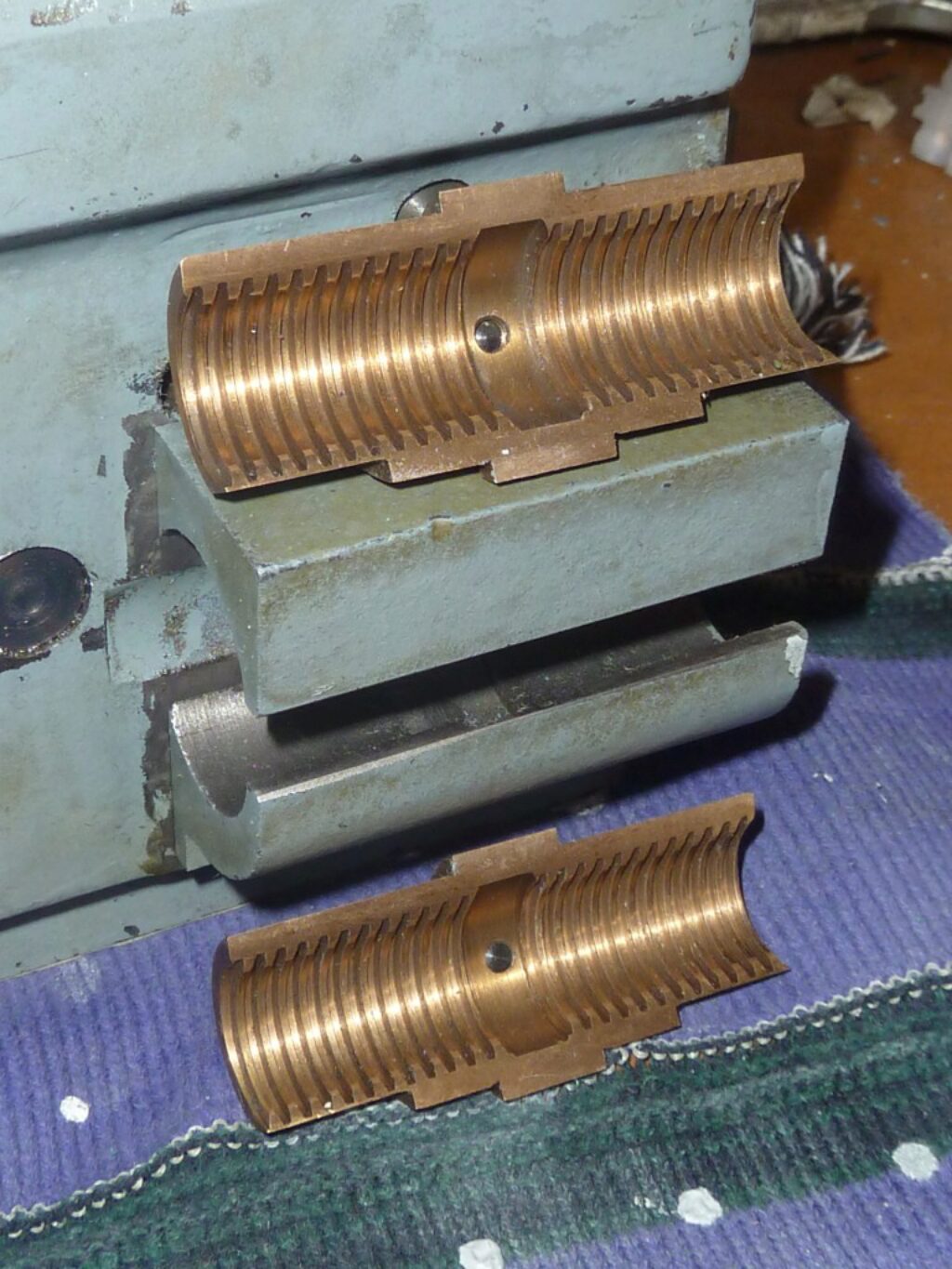 The apron arrived with a considerable amount of dirt and the original paint in bad condition as shown in the next picture: 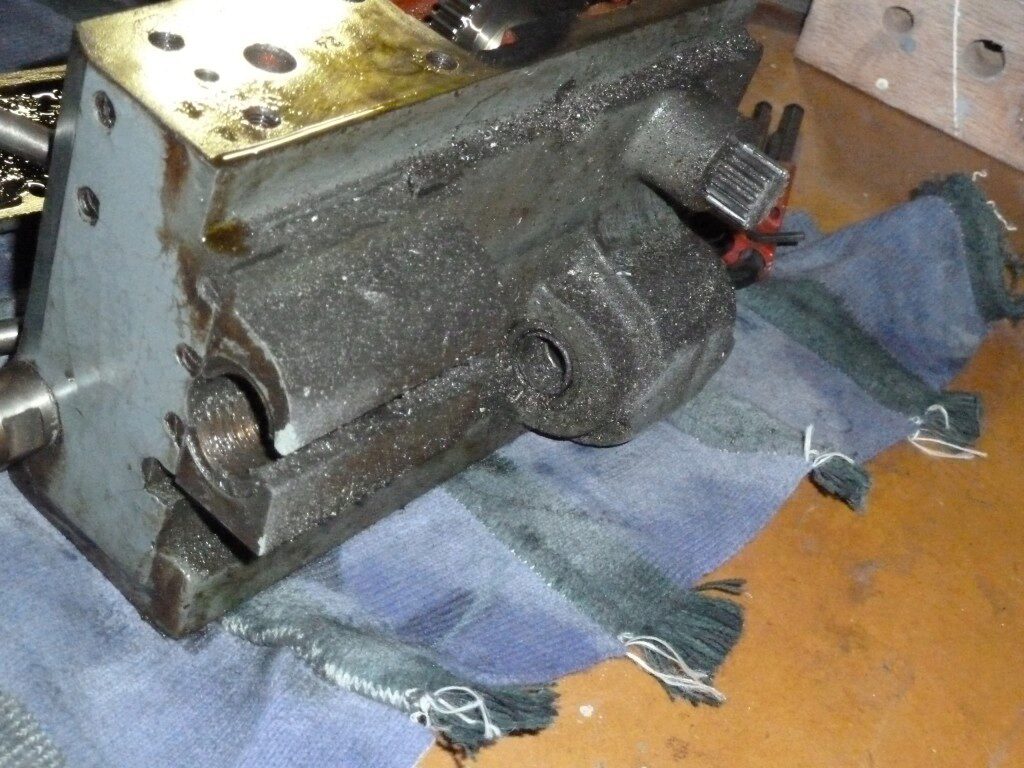 We dismantled all the external apron mechanisms to simplify cleaning. The dirt and old oil were cleaned and all the polished surfaces were polished again to restore its original condition. The oil seals that are in the feed bar mechanism were replaced to prevent oil leakages. This is the apron rear part after cleaning it and with the new seals in place: 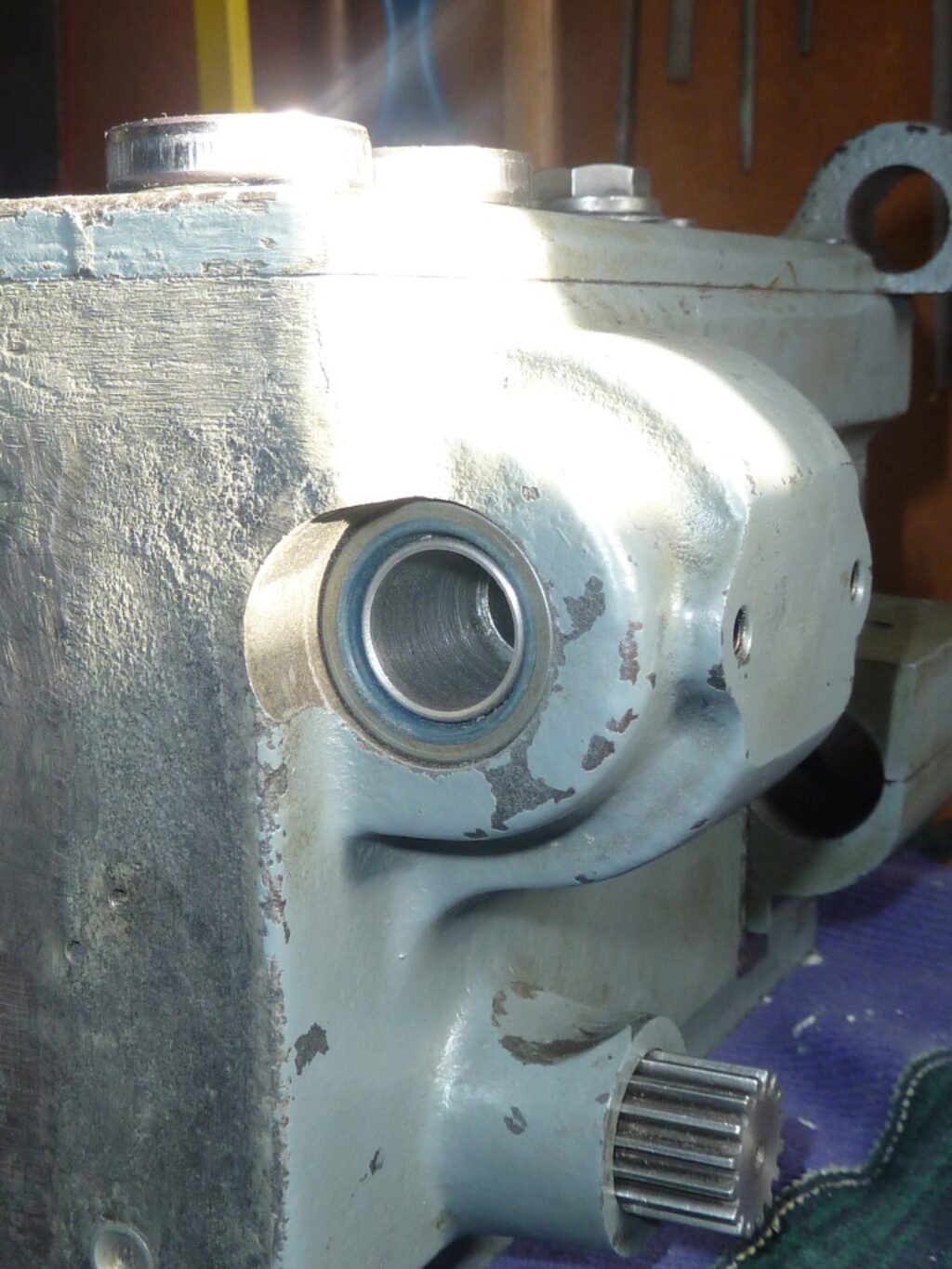 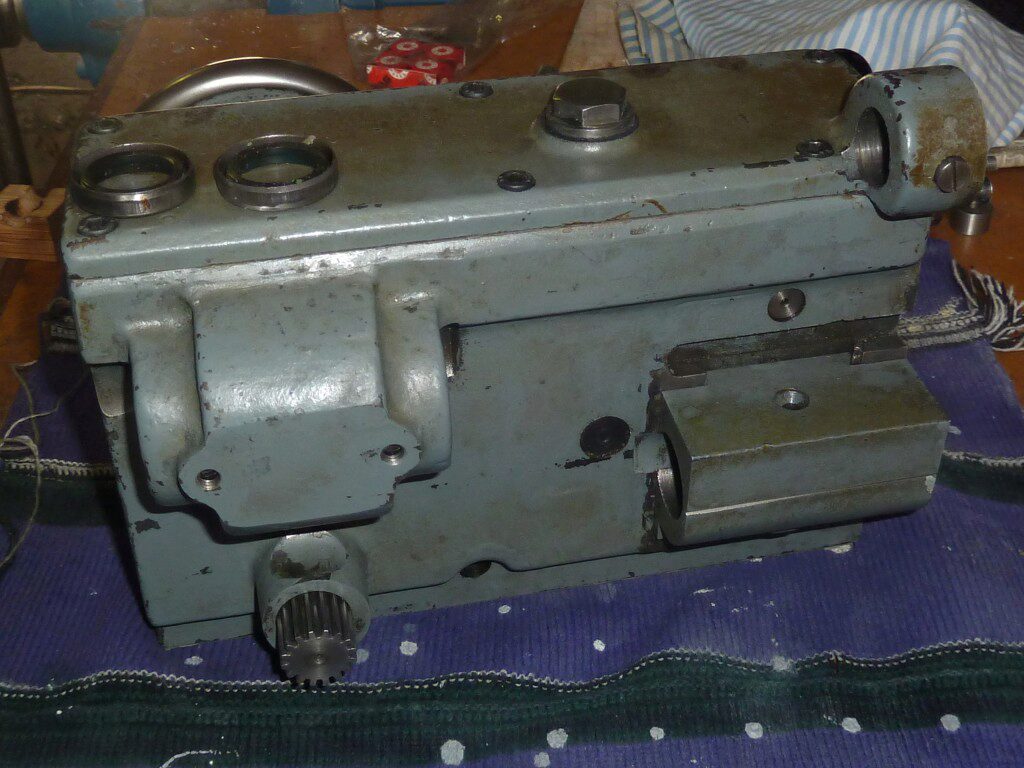 After that we scrapped the paint in bad condition, and painted all the elements with a primer. After smoothing with filler the surfaces in several steps we applied two coats of 2K polyurethane enamel.

Here you have an image of the apron ready to by painted after applying the primer: 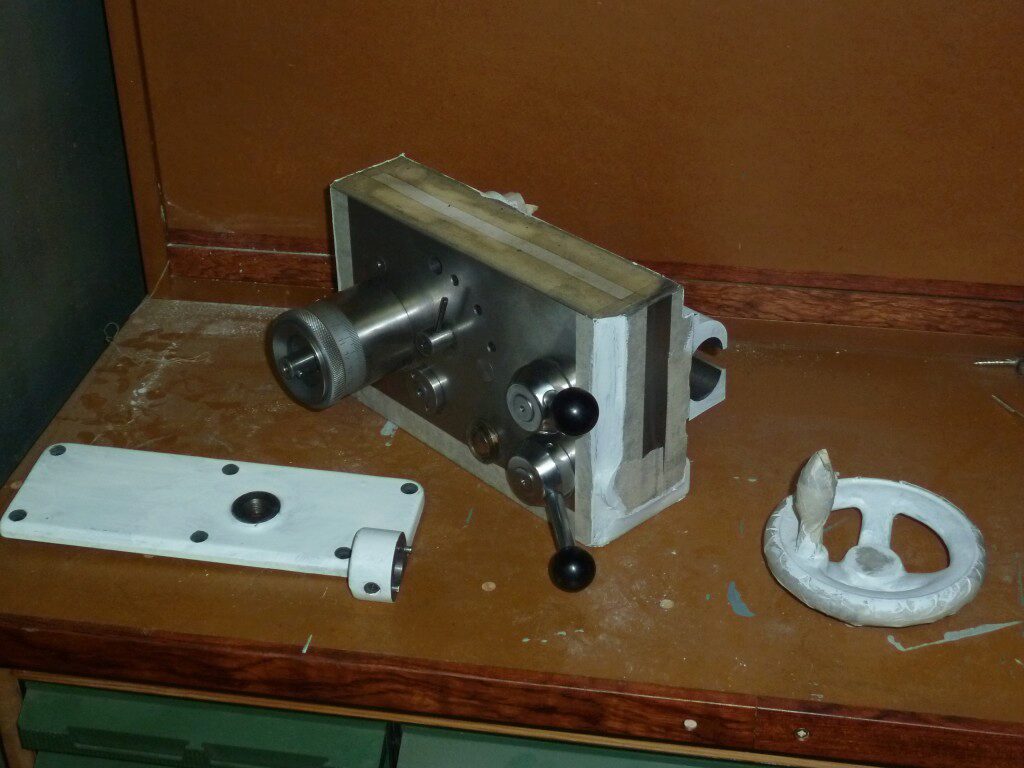 After that the parts are painted: 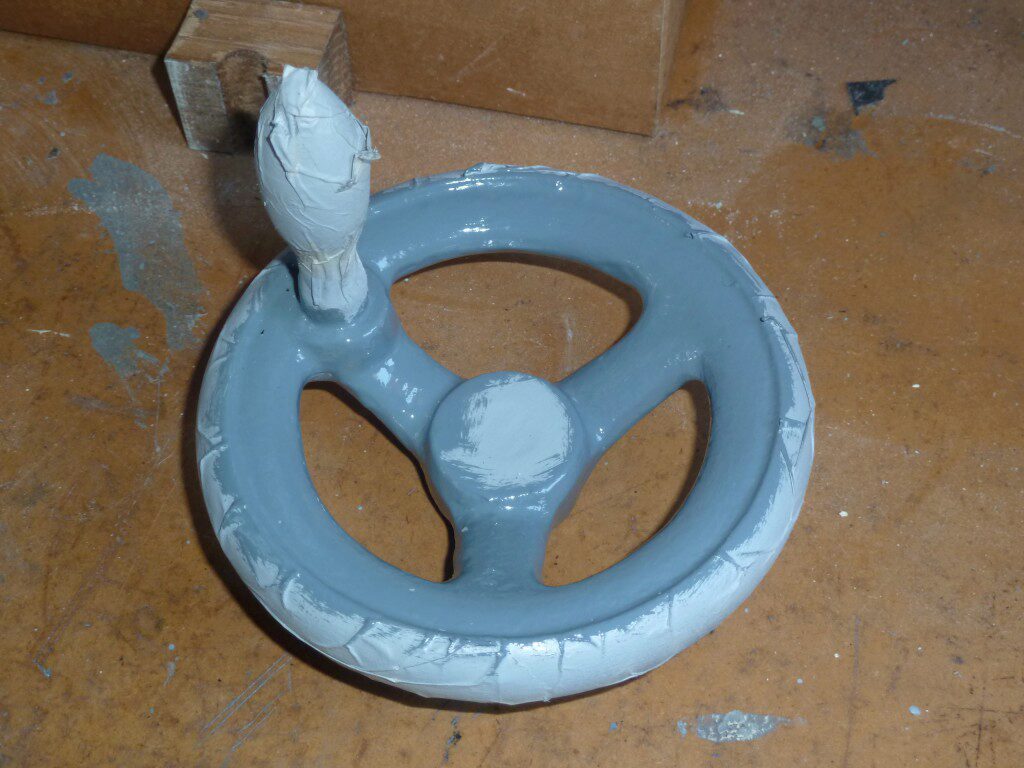 After painting it the apron is reassembled. This is the result: 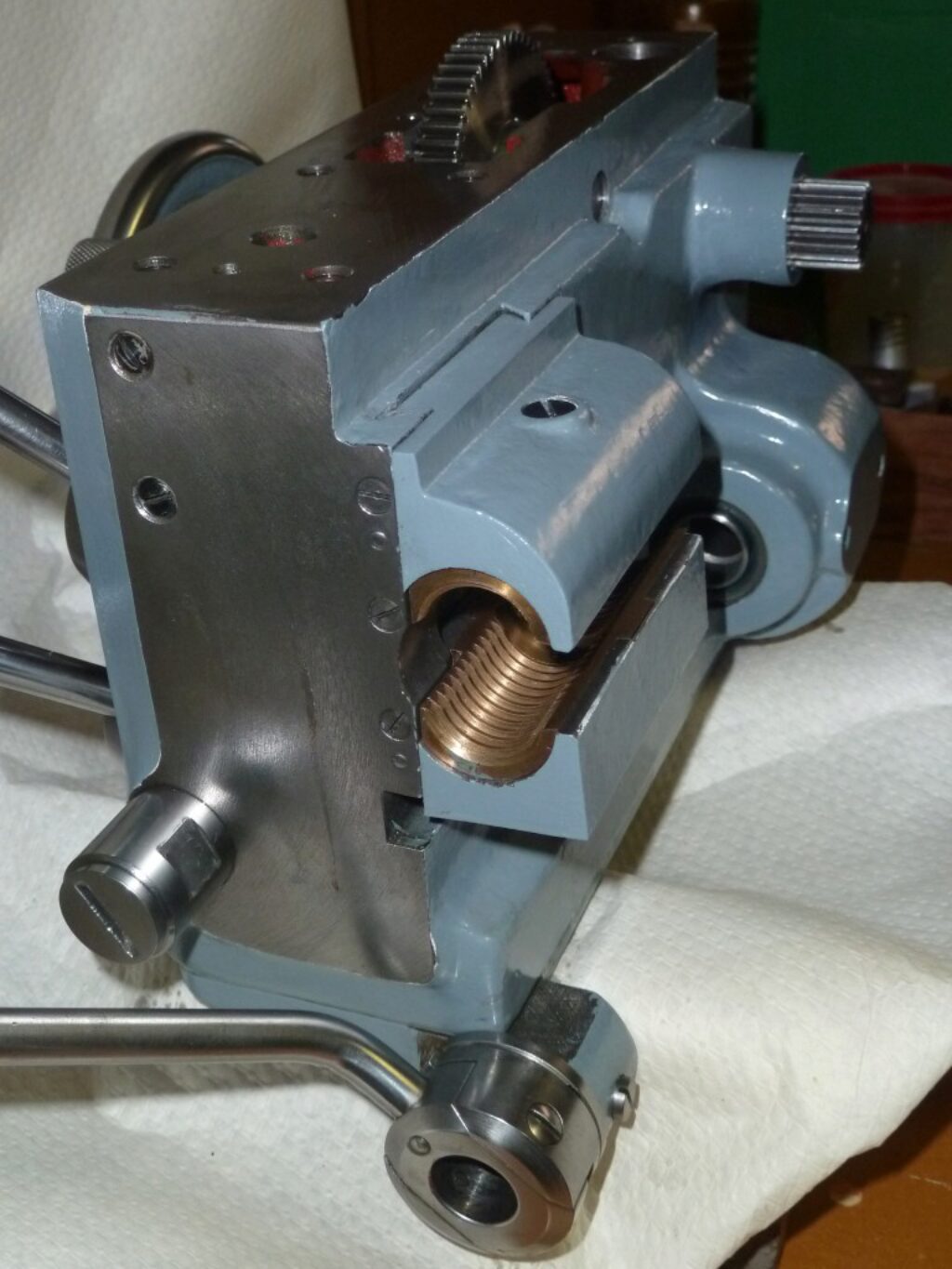 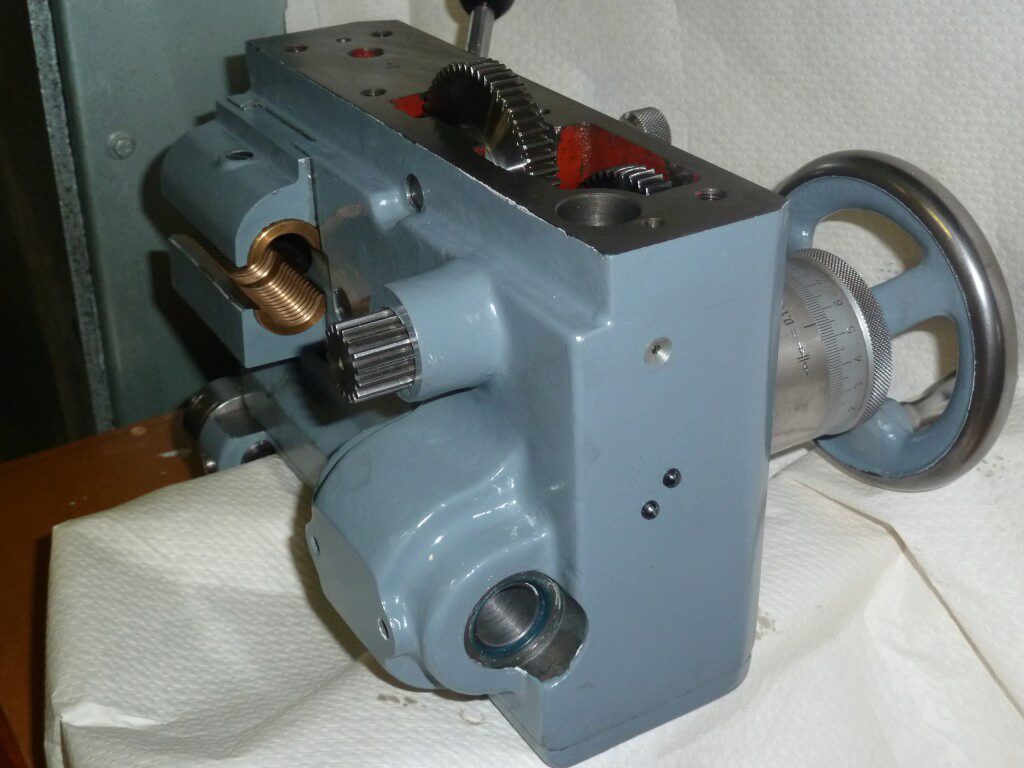 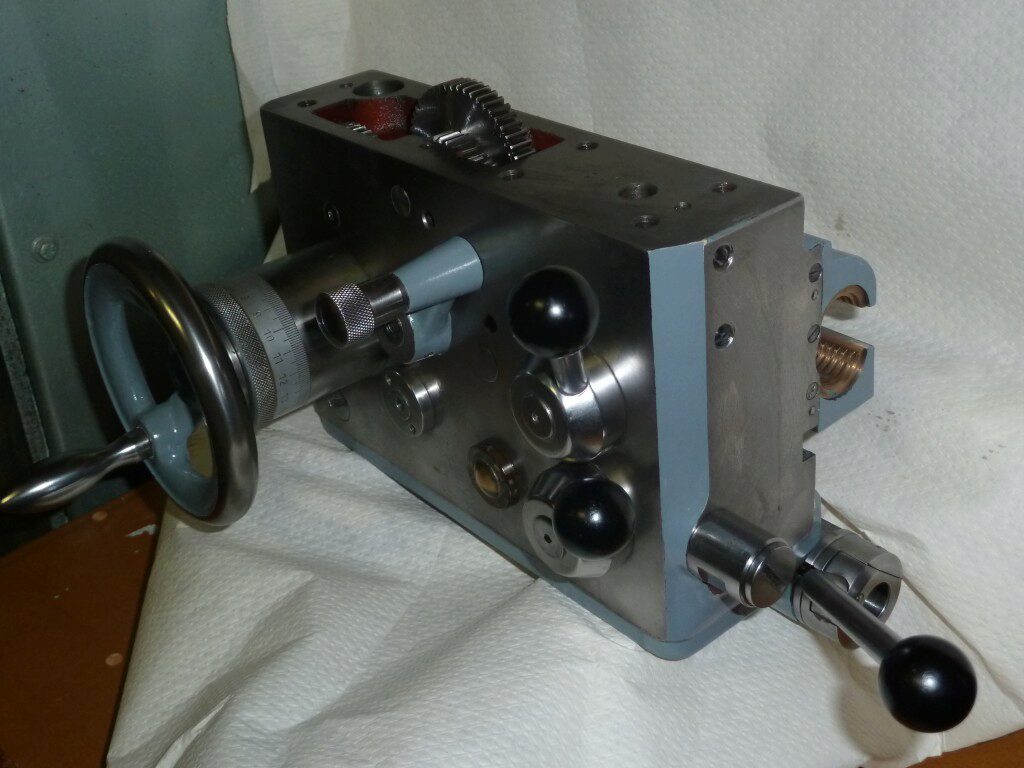 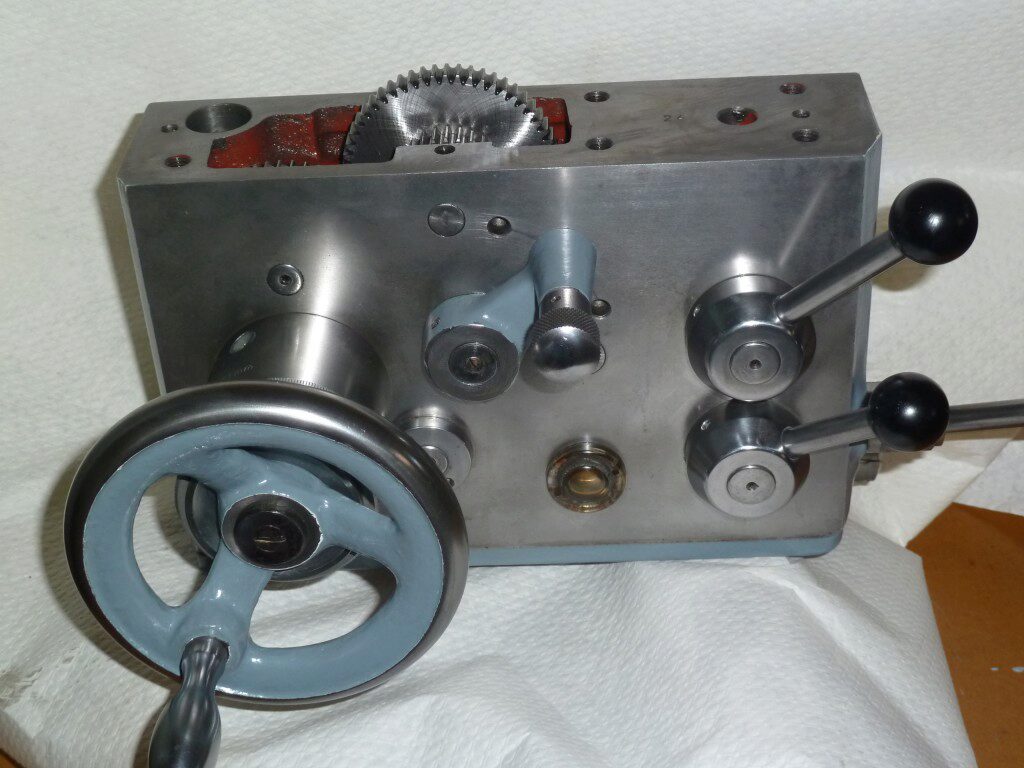 After an inspection it seems that the apron is running fine. However it should be noted that there is a slight gear noise when turning the hand wheel in one of the directions. This would deserve a future exploration before assembling the carriage.